Thunderstorms brought heavy winds to the Delaware county area early this morning.  A Severe Thunderstorm Warning was issued by the National Weather Service for parts of Buchanan and Delaware Counties at about 12:40 am, with another warning issued at about 1:15 am.

Delaware County Emergency Management Coordinator Mike Ryan tells KMCH a roof was blown off a storage building owned by Holtz Storage on Honey Creek Road north of Manchester. He says the roof hit a power pole and broke it, causing a power outage for Alliant Energy customers in the area.

Several trees were also reported down north of Manchester.

And several KMCH listeners reported between two to three inches of rain in Manchester and Earlville. 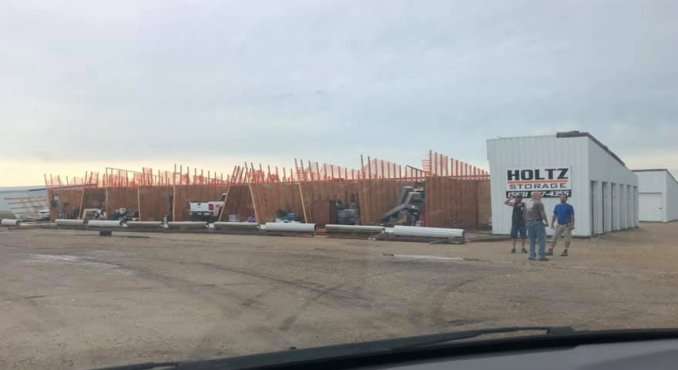