Iowa Secretary of Agriculture Mike Naig was in Edgewood on Friday afternoon to tour the Edgewood Locker.

It’s been a busy year for area lockers – and the Edgewood Locker has been no exception. As the pandemic hit, Kerns says more people were contacting them wanting to book custom processing.

Naig says they’re looking into how to get more small processors and expand the current ones to fill the need right now.

And Kerns says the Edgewood Locker has plans to grow – they announced this year they’ll be expanding, building a new facility just north of the current location.

And shoppers – many from out of town – continue to pour into their retail area, with a variety of meats and products to choose from. Even the Secretary of Ag bought some Edgewood Locker Bacon & Cheese and Pineapple Brats before heading out of town. 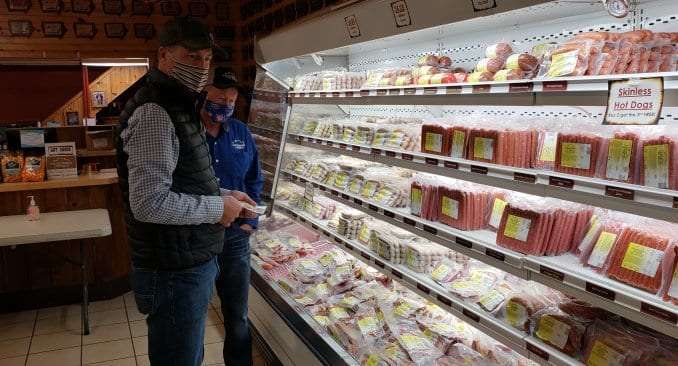