One of Dyersville’s most popular restaurants has re-opened after a major remodel.

Chad’s Pizza opened its doors to customers again on Thursday – and they’re blowing the community away with their new look. Until this year, the restaurant hadn’t changed much in 43 years. It was first opened in the late ‘70s by Leroy and Duanne Ott – known for many years as Leroy’s Pizza. Chad and Amy Clouse purchased the business 17 years ago and Chad tells KMCH it was time to make a change.

Chad’s Pizza now has a modern look, with wooden beams, stone walls and wood floors – with a mixture of booths and high-top and regular tables, as well as a cozy nook with booth seating. And the restaurant looks different from the outside too.

Chad says they had scheduled the remodel to begin in March, with plans to close the restaurant for dining in until construction was over. They never would have imagined every restaurant in Iowa would be closing at that time too because of COVID.

With the exception of a few weeks in late spring/early summer, Chad’s Pizza has stayed open for deliveries and, more recently, carryouts. Chad says the support from everyone throughout this year of changes has been incredible. 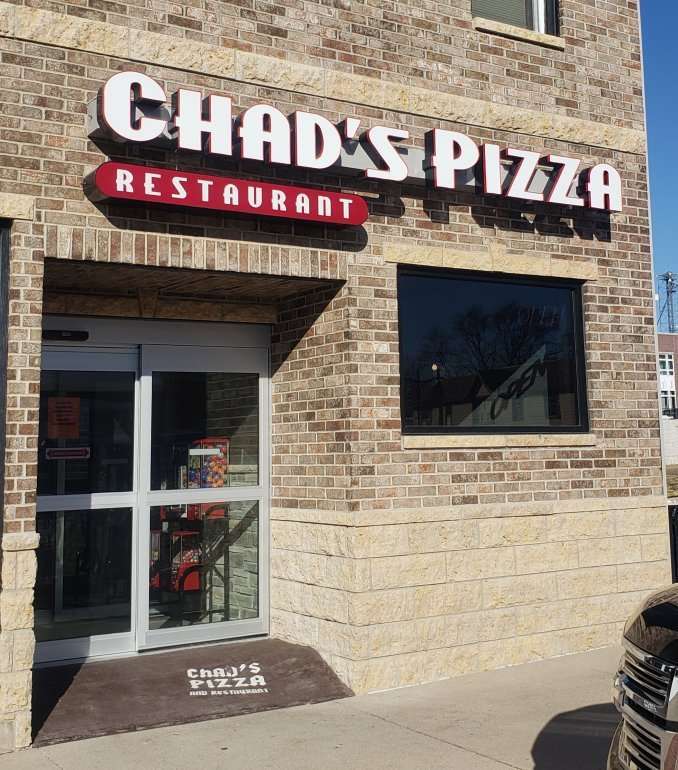