Both of Iowa’s U.S. Senators and all four members of the Iowa delegation in the U.S. House are safe and five of the six have issued public statements denouncing the violence that has erupted in the Capitol.

Trump supporters stormed the U.S. Capitol on Wednesday afternoon in a chaotic protest aimed at thwarting a peaceful transfer of power, forcing lawmakers to be rushed from the building and interrupting challenges to Joe Biden’s Electoral College victory. Trump issued a restrained call for peace, but did not call on his supporters to leave until several hours later.

Senator Chuck Grassley is third in line to the presidency and his staff has announced Grassley is safe in a secure location.

Senator Joni Ernst issued a statement via tweet, calling what’s happening in the Capitol “anarchy and a betrayal of the American ideals we all hold dear.”

Republican Congresswoman Ashley Hinson of Marion was first to speak by tweet, saying “no matter the circumstance, this kind of violence and behavior is unacceptable.”

Congresswoman Cindy Axne, a Democrat from West Des Moines, was next to tweet and it was a direct appeal asking President Trump to tell those attacking Congress to stop.

Republican Congressman Randy Feenstra of Hull tweeted that “the world is watching” and violence is never the answer.

And Republican Congresswoman Mariannette Miller-Meeks of Ottumwa said in a tweeted statement that “storming government buildings and attacking law enforcement officers is unacceptable.” 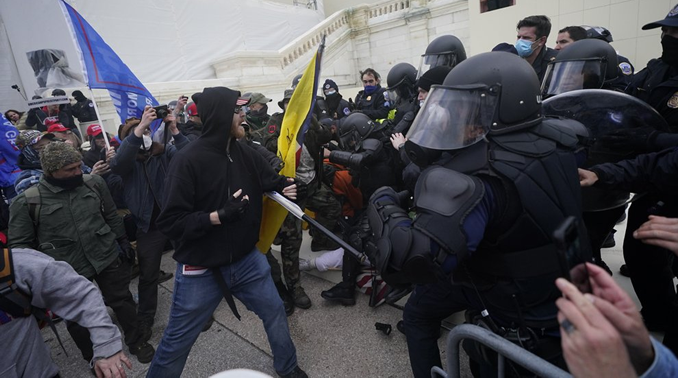 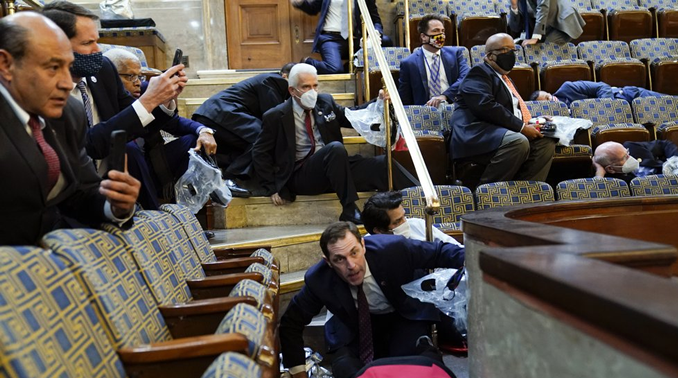 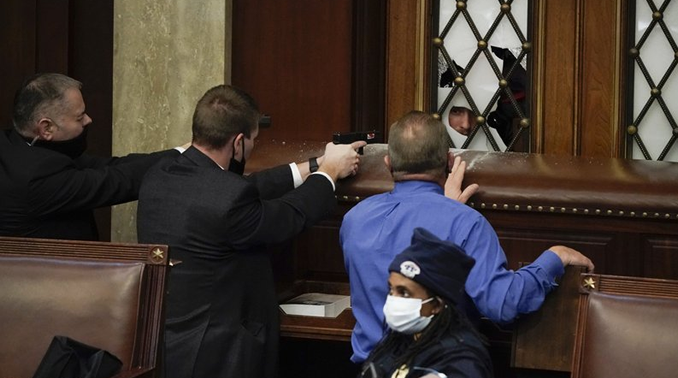