The Clayton County Sheriff’s Office says they received a report of an airplane crash near Millville at the intersection of Pumpkin Ridge Road and Omega Road around 8 am Thursday. The report was called in by a passerby.

Investigators determined that the plane actually crashed the day before – around 4 pm on Wednesday. They say a 1963 single engine Cessna tried making an emergency landing on Omega Road – it traveled south on that road through the intersection, where it struck a snowbank and flipped over end-to-end, coming to rest in a field.

The Sheriff’s Office tells KMCH that the pilot and passenger were no longer at the crash scene Thursday morning when help arrived.

The FAA and the Clayton County Sheriff’s Office are investigating what caused the plane to crash. 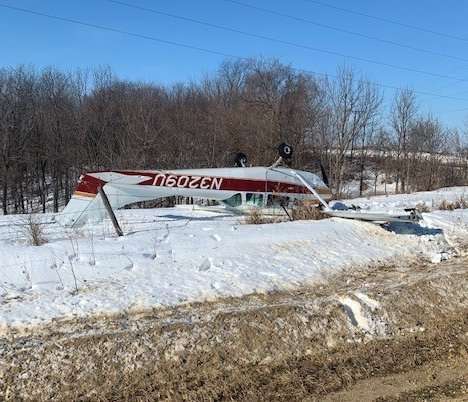