Boubin is saying goodbye to their longtime manager this weekend.

Wayne Burkle is retiring after 47 and a half years at the Manchester tire and auto shop. Burkle says he was first hired at Boubin after bringing in his car for new tires back in 1973.

And eventually, he became the manager. Burkle jokes that was because he was the one who happened to answer a phone call from the boss one day.

There’s been a lot of changes during his nearly five decades there. Cars look and run a little differently now compared to his ‘69 GTO back in the day.

Despite all the changes in the auto industry, Boubin’s location in Manchester has always had good success – Burkle credits his employees for that and thanks his wife and family for their support as well. Burkle’s son, Kirk, will actually be stepping into the leadership role as manager after 17 years with Boubin.

Burkle says he’ll probably help out at Boubin for a few more years. He says the people of this community will be the hardest thing to walk away from.

You can stop out and wish Wayne a happy retirement! Boubin will be holding an open house for him this Saturday from noon to 3 pm. 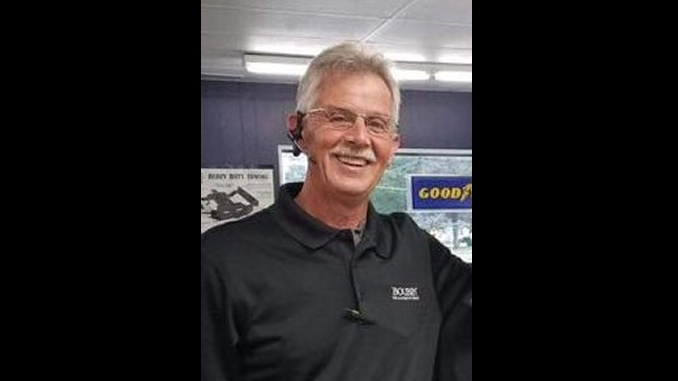