A Manchester pharmacy was among the first in the nation to administer the new one-dose Johnson & Johnson vaccine last week.

Brehme Drug offered the newest COVID-19 vaccine to about 100 residents during a special clinic at the Manchester Fire Station on Saturday. Owner and pharmacist Ashley Brehme says it’s a good feeling to get the shot in people’s arms so quickly.

In addition to those 100 shots, Brehme Drug has been able to vaccinate an additional 500 people with the Moderna vaccine over the past few months, with the priority going to their most vulnerable patients. Brehme says they’ve been able to vaccinate most of their patients ages 65 and older, so last Friday, they opened up a waiting list to the general public.

Manchester resident Roger Hicks was one of the people who got in for the Johnson & Johnson vaccine on Saturday. He says he chose to get the vaccine for a couple reasons.

Vaccines were also being given on Saturday at the Delaware County Fairgrounds as part of a vaccine clinic for Delaware County Public Health. Delaware County Emergency Management Coordinator Mike Ryan says they administered nearly three hundred doses of the Moderna vaccine there.

Ryan, who also serves as Manchester’s fire chief, was among those getting his second shot on Saturday. He says getting vaccinated is important.

And finally being able to get the vaccine has been emotional for some residents. 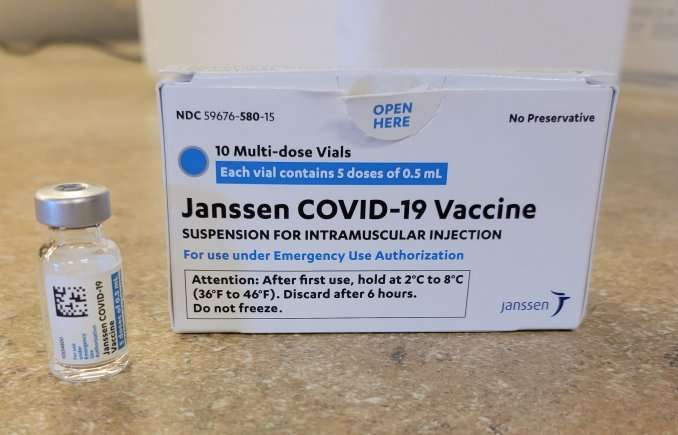