Three of the members from “Not Quite Brothers” graduated from West Delaware including Sam and Isaac Johnson, and Cooper Corcoran – who says it was great to come back and hopefully inspire some of the younger students to get involved with music:

Blake Marsh, who graduated from Western Dubuque, said he was pleasantly surprised the kids knew the music they were playing:

The band also includes Ben Schmelzer, who is an alumnus of Clayton Ridge.   It’s safe to say the students enjoyed their end of the school year treat: 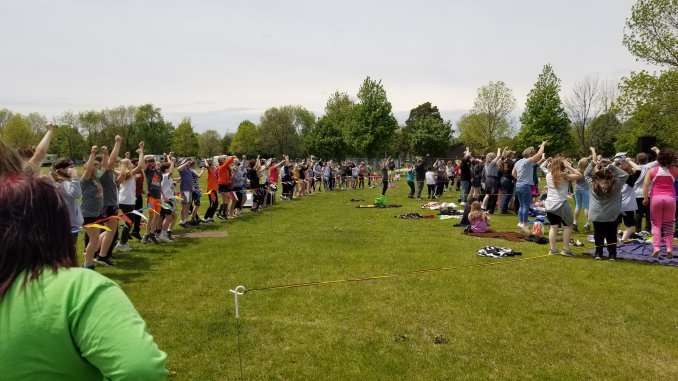