The Manchester Family Aquatic Center has been renamed in honor of Manchester’s longtime mayor and his wife.

The facility will now be known as the Milt and Joanne Kramer Aquatic Center. Kramer has served as Manchester’s mayor since 1974 and first became involved in city government as a city council member in 1970. He is one of the longest serving mayors in the state of Iowa.

Manchester City Manager Tim Vick and City Parks & Rec Director Doug Foley say the City wanted to honor Kramer and his wife for their years of service and dedication – and renaming the Aquatic Center seemed like the perfect fit. During the summer, Mayor Kramer stops by the pool nearly every day to visit with the kids and staff. And he takes great pride in knowing that people come to the Manchester Aquatic Center from other communities, noting that it’s not uncommon to see license plates on the vehicles in the pool’s parking lot from several other counties.

Mayor Kramer visited with KMCH News Director Janelle Tucker in the video below.

Unfortunately, due to the cool weather, the Milt and Joanne Kramer Aquatic Center will not be opening this Saturday as originally planned. The City may open the pool on Monday – a decision will come later. Foley says it will be open Tuesday for regular hours, including lap swim. 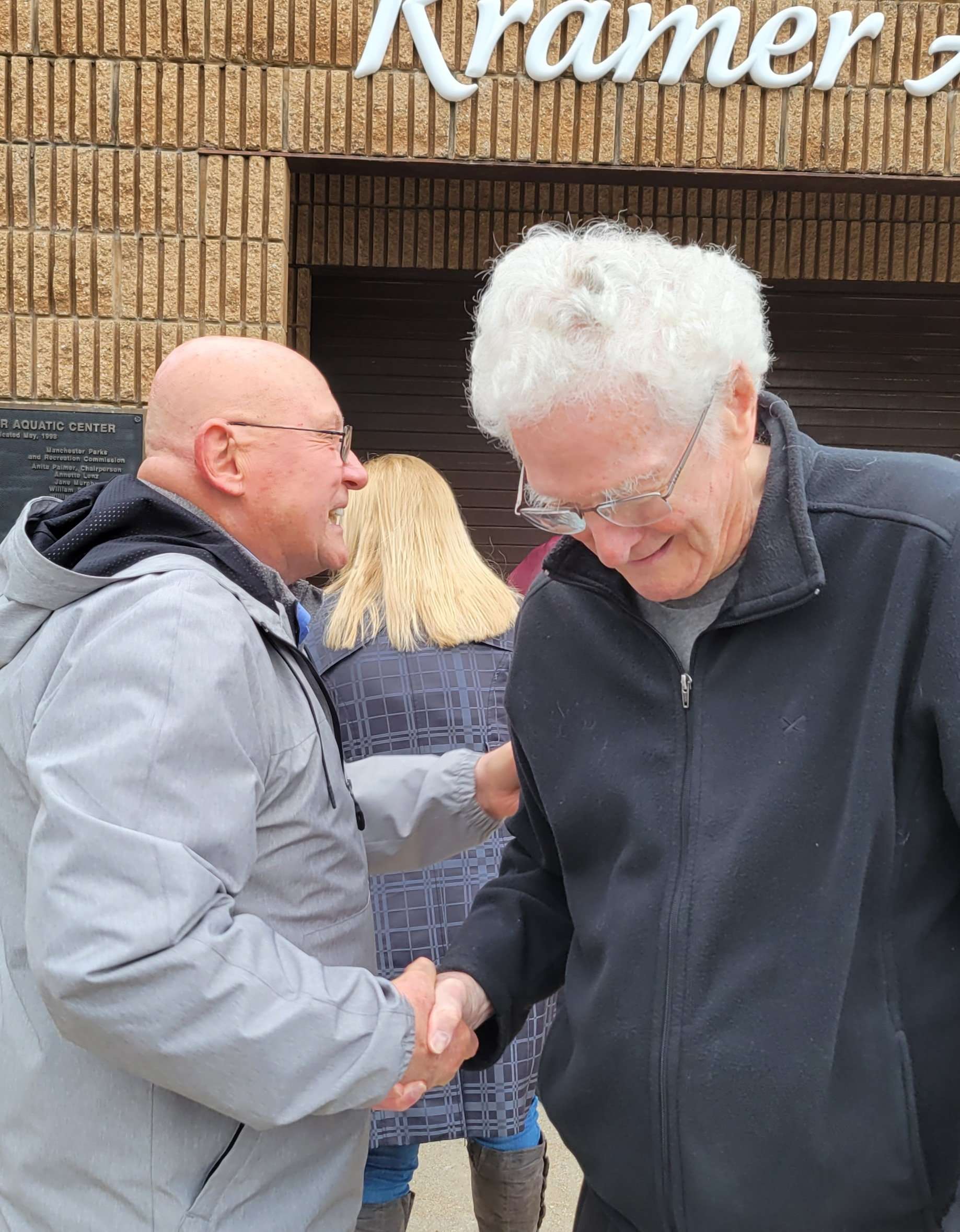