The Delaware County Freedom Rock was dedicated on Saturday to seven local men who lost their lives serving our country during the Vietnam era.

The rock was painted in 2019 by Iowa artist Ray “Bubba” Sorensen, who has been painting a Freedom Rock in each of Iowa’s 99 counties over the past decade. It sits in Dundee – in the city park – right along W-69. Dundee Mayor Barb Robinson says Dundee was the first community in the county to offer to host the Freedom Rock and they’ve been working diligently on this project for the past few years. The Dundee Community Club raised around $20,000  to make the Freedom Rock a reality – mostly through can drives.

The Freedom Rock is a large boulder covered in a patriotic mural, with each county in Iowa having its own design – many designs are personalized and custom to the county’s history and veterans. Delaware County’s Freedom Rock features the faces of seven service members from Delaware County who made the ultimate sacrifice – Lawrence Keenan, Frank Staton, Kenneth Jurgens, Tommy Antrim, Allen White, Bill Potter and Marvin Manternach – all who lost their lives between 1966 and 1970. Mayor Robinson says giving those seven fallen soldiers the recognition they deserve was Bubba’s idea.

Of the seven men featured on the Freedom Rock, five of their families attended Saturday’s dedication – touched that their loved ones were being remembered in this way. As Frank Staton’s brothers gathered for a photo in front of the rock that bears his picture, they recalled the moment in 1970 when they received the news of his death – his family says Frank had a premonition when he left that he wouldn’t come back home. They were moved and humbled by the dedication ceremony, saying the gesture of having Frank’s portrait painted on the Freedom Rock was “such an honor” for Frank and their family. 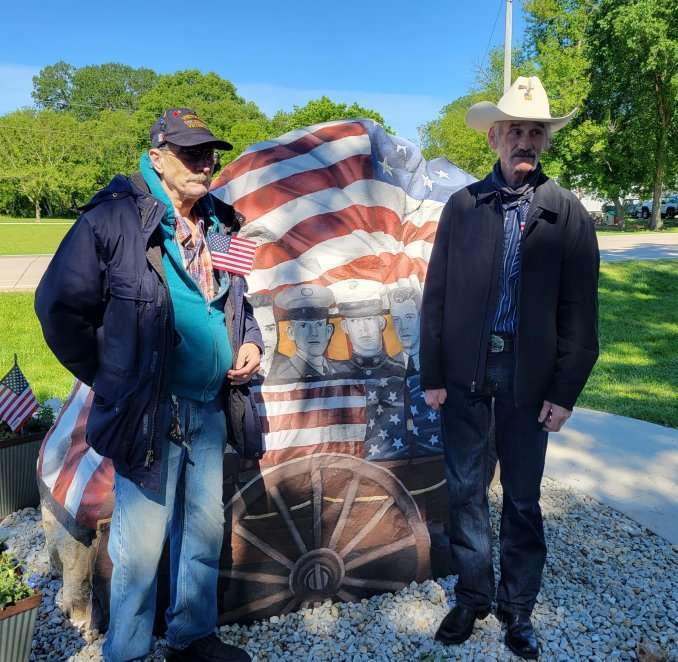 Fritz Miller also made the trip to Dundee on Saturday to honor his lost family member. He was just five years old when his uncle, Bill Potter, was killed in action in 1969. But the memories remain… 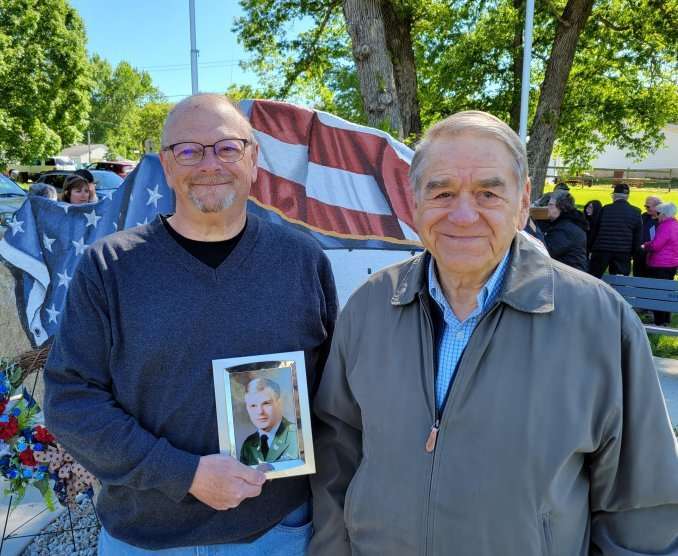 Miller, an Iowa native who now lives in North Sioux City, South Dakota, says he’s visited several other Freedom Rocks – but this one, featuring his uncle, has special meaning to him.

Well over one hundred people attended Saturday’s Delaware County Freedom Rock dedication, which featured prayers, music, the Manchester Legion Post 45, a helicopter visit and “Taps”, as well as a tribute from the county’s fire departments – who turned on their trucks’ lights and sirens at the end of the ceremony to honor the fallen seven heroes. 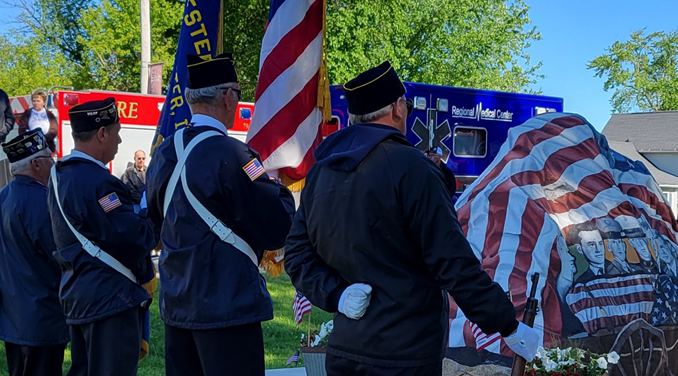 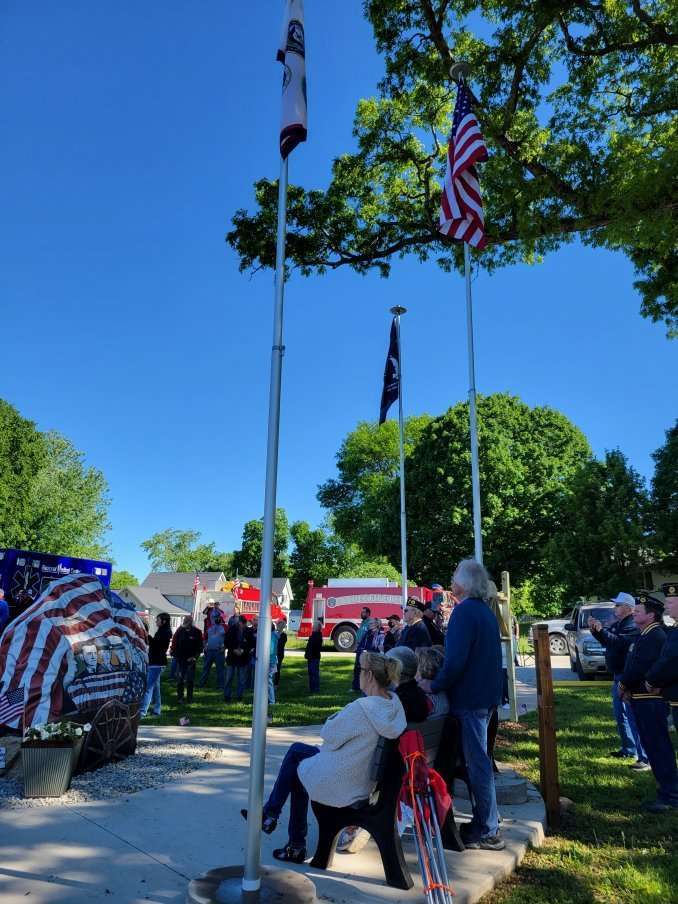 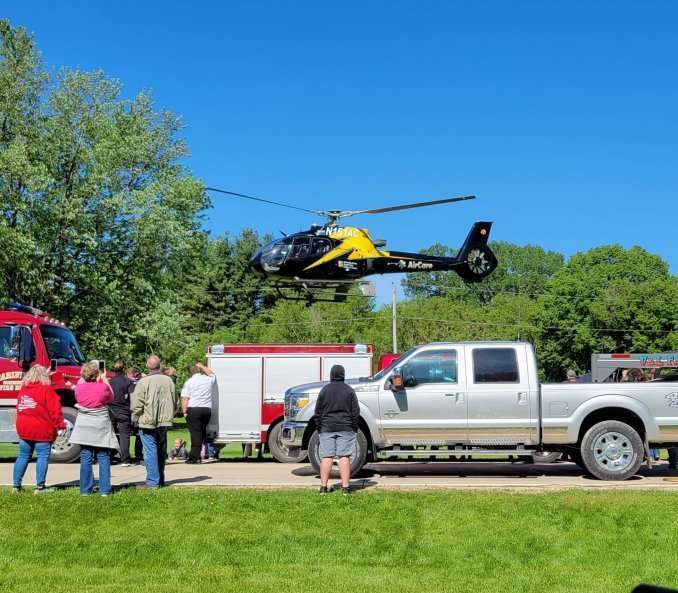 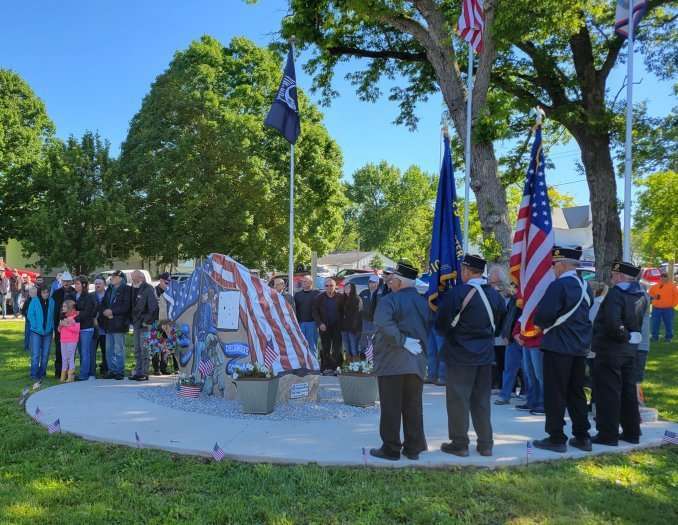 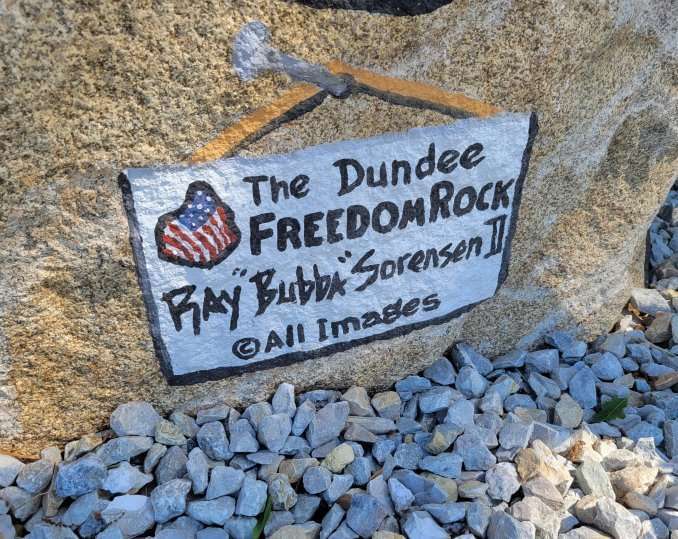 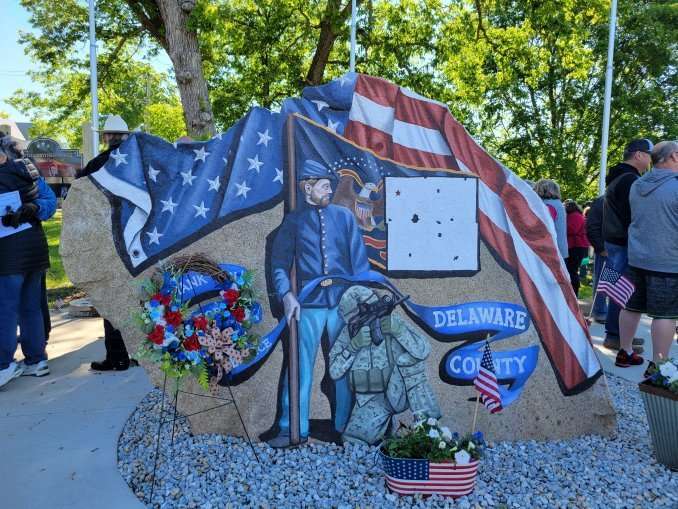 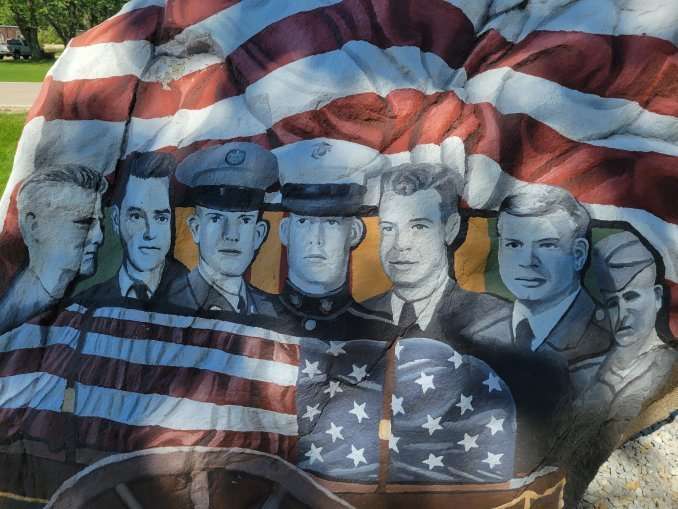 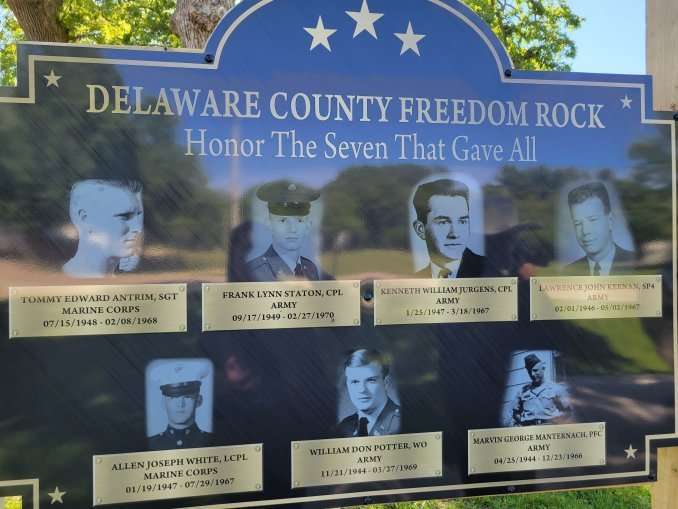 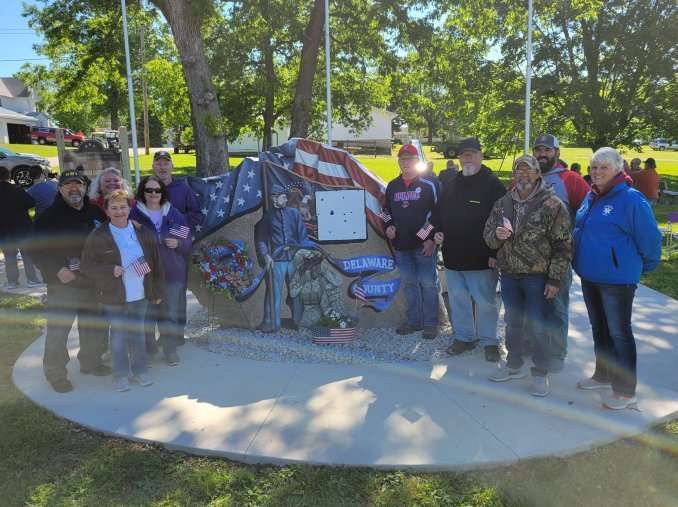 Click below for a video of the Delaware County Freedom Rock display: