The armed suspect who shot and injured a deputy during a robbery at Casey’s General Store in Coggon Sunday night was taken into custody early Monday afternoon.

The Linn County Sheriff’s Office says 36-year old Stanley Donahue of Chicago was spotted on Aldrich Road near the intersection of Highway 13 around 12:45 pm Monday. A KCRG-TV9 news crew observed a man matching the suspect’s description in the area that was being searched and contacted authorities. Law enforcement arrived shortly after and the Sheriff’s Office says Donahue was taken into custody without incident.

Donahue is facing charges of robbery 1st degree, attempted murder, possession of a firearm as a felon, willful injury and disarming a peace officer.

Linn County deputies responded to Casey’s General Store along Highway 13 in Coggon for an alarm call at 10:18 on Sunday night. The first responding deputy arrived at 10:25 pm and entered the front door of the store. Upon entering the front door, the deputy was immediately met by an armed suspect trying to leave the store. The suspect fired a handgun multiple times striking the deputy. After shooting the deputy, the suspect left the store in a van. As the suspect was leaving the area, a second Linn County deputy was arriving in the area and saw a van leaving at high speed. The deputy pursued the van and after a short pursuit, the suspect crashed into a bridge under construction on 3rd Street North on the north edge of the Coggon city limits. The suspect immediately fled on foot. A Linn County K9 responded to the area and was used to track the suspect north and east of the Coggon area. The K9 lost the track near Aldrich Rd north of Hwy 13. Numerous law enforcement agencies and K9s from eastern Iowa responded to assist during the search and investigation.

The Linn County Sheriff’s Office released the suspect’s name, description and photo shortly after 12:30 pm Monday, identifying him as Stanley Donahue. At that time, they urged the public not to confront Donahue and warned that he should be considered armed and dangerous. They also encouraged the public to lock the doors to their house and vehicles and make sure everyone’s vehicles were still at their residence.

News of Donahue’s arrest came shortly after that announcement around 1 pm Monday.

The Sheriff’s Office says this is an ongoing investigation – however, the evidence supports the charges against Donahue. At this point, they will not be releasing any further information, as this remains an active investigation.

The injured deputy suffered serious injuries and had multiple gunshot wounds, but is in stable condition at the University of Iowa Hospital and Clinics. The deputy’s name is not being released at this time.

Linn County Sheriff Brian Gardner called this “a tragic and needless shooting”. Sheriff Gardner says the deputy who was seriously injured was merely doing his job to protect the citizens of Linn County.

The Linn County Sheriff’s Office would like to thank the public for their patience and assistance while the investigation was taking place in the Coggon area. They also extend their gratitude to the numerous local, county, state and federal agencies who assisted with the investigation and Donahue’s arrest. 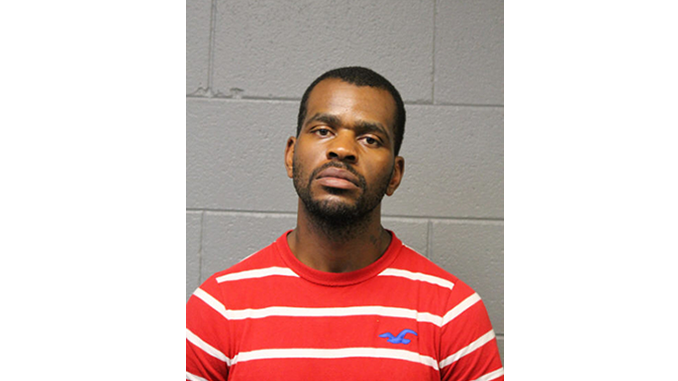