A line of severe storms moved through eastern Iowa on Sunday night, with a tornado touchdown near Bernard.

The Dubuque County Sheriff’s Office says they, along with the Bernard Fire Department, received a report of a tornado touching down south and east of Bernard shortly after 8 pm. Three residents reported damage to outbuildings. The amount of damage is unknown at this time. No injuries were reported.

A lightning strike led to a garage fire east of Peosta on Sunday night. The Dubuque County Sheriff’s Office says they, along with the Centralia-Peosta Fire Department, responded to the Mess residence at 11175 Hidden Springs Court shortly before 8 pm. Firefighters were able to keep the fire contained to the single-stall garage attached to the home. Total damage was estimated at $10,000.

There were several reports of wind damage in Manchester. Delaware County Emergency Management reported wind gusts of 40 to 45 miles per hour three miles northeast of the Manchester Airport as the storms moved through. Emergency Management Director Mike Ryan says a tree branch broke and landed on Joann Swinton’s house on Bailey Drive. Sarah Taylor also reported that a large tree branch fell onto their house at Millam Heights, causing damage to their home (photo above). City crews have been cleaning up downed tree branches around Manchester. Ryan says he’s also heard of some wind damage to cornfields.

However, the storms brought some much-needed widespread rain after more than three weeks of dry weather. Nick Hunter reported over four inches of rain in Hopkinton on Sunday (photo below). Other rainfall totals from Sunday included 2.3 inches northeast of Independence, 2.2 inches near Monticello, nearly 2.2 inches east of Dundee, nearly 2 inches in Manchester, nearly 1.5 inches in rural Anamosa, 1.3 inches in rural Dyersville and about three-quarters of a inch in Strawberry Point. 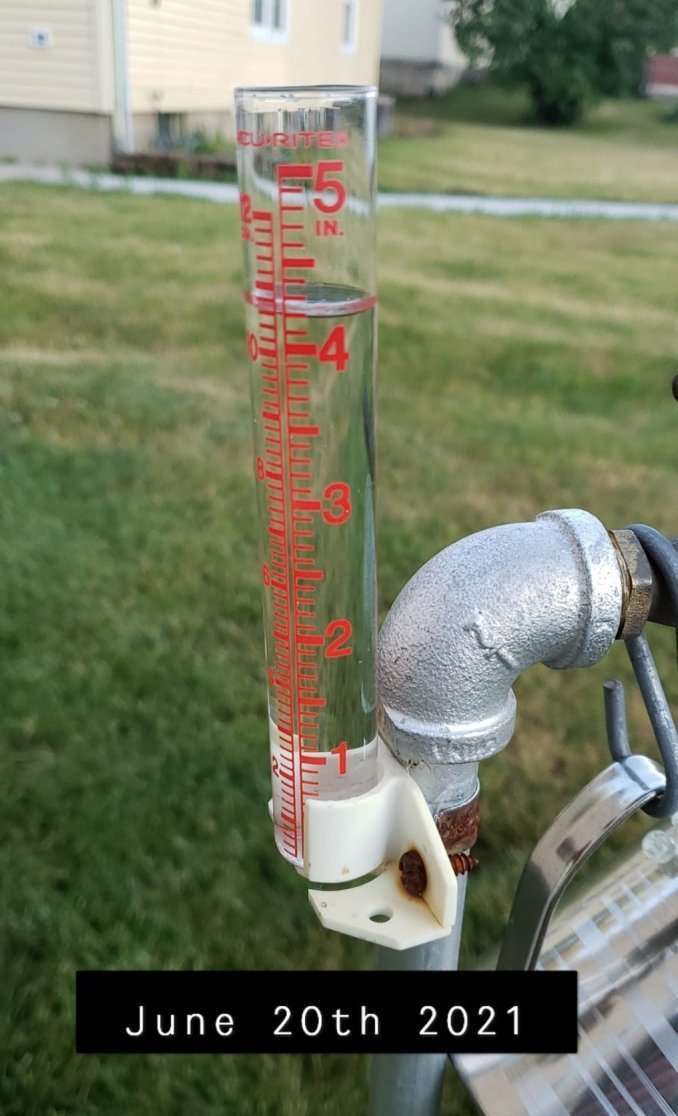