A fire destroyed three buildings on a farm north of Colesburg on Tuesday afternoon.

Colesburg Fire Chief Rex Meyer says their department was called out to the Bob and Peggy Schilling farm at 39587 Colesburg Road around 12:45 pm. Fire departments from Edgewood, Garber and Guttenberg also responded to the scene.

Bob Schilling tells KMCH that three of their buildings were destroyed, including the barn, a shop and a cattle shed. The family’s home was not damaged.

Firefighters were on the scene for about five hours. Chief Meyer says the fire most likely started from the hay stored in one of the three buildings.

No one was injured, but Schilling says they lost six 4-H pigs, twelve 4-H goats and seven doe goats in the fire.

Schilling says they appreciate the support from family, friends and neighbors. Rev. John Haugen, pastor at St. Patrick Church in Colesburg, says the Emmaus Pastorate parishes are working on a response to help the Schilling family with day-to-day needs. 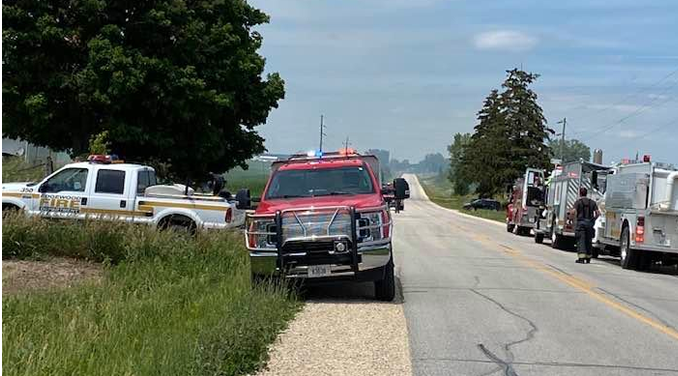