Firefighters responded to a fire in Hazleton on Monday morning.

The Hazleton Fire Department says they were paged to a camper on fire at the corner of Benton Street and Madison Street around 10:45 am. When the fire department arrived on the scene, the fire had moved next door to an apartment building.

The Fairbank Fire Department, who also responded to the scene along with Oelwein and Aurora Fire Departments, says firefighters were able to stop the fire from entering the main entrance of the apartment building, which was the former St. Mary’s Church that had been converted into apartments. 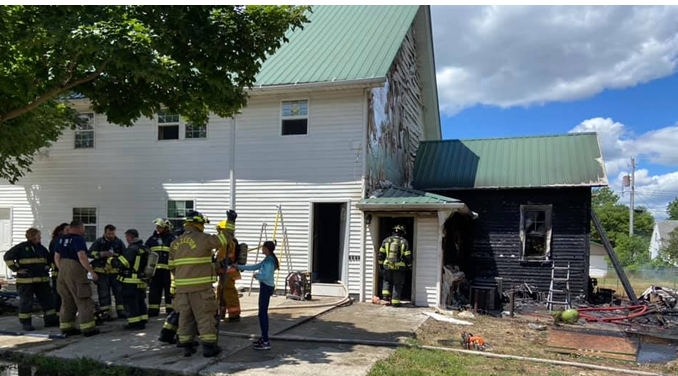