The world lost an iconic rock legend on Wednesday.

Dusty Hill, the bearded bassist from ZZ Top, died in his sleep – just days after he took a leave of absence from their new tour due to a hip issue. He was 72.

The news is hitting Delaware County fans hard after nearly 5,000 fans here just saw him perform less than two weeks ago. The band had just kicked off their tour with a concert at the Delaware County Fair in Manchester on Friday night, July 16th. Fair Board President Kurt Palmer it’s kind of hard to wrap your head around something like that.

Palmer says they had a short turn-around time to sell tickets, but the ZZ Top concert ended up being the Delaware County Fair’s largest concert ever – with 3,600 tickets sold for the track.

Palmer says he believes Dusty Hill performed two more shows with ZZ Top after their stop at the Delaware County Fair before he was sidelined and sent back home to Texas to rest up. The fair says they’re grateful to have had the opportunity to host the band for what turned out to be one of ZZ Top’s final concerts with Dusty.

Hill’s cause of death has not yet been revealed. Billy Gibbons of ZZ Top has said the band will carry on after his death, adding that it was Hill’s wish to “let the show go on”. 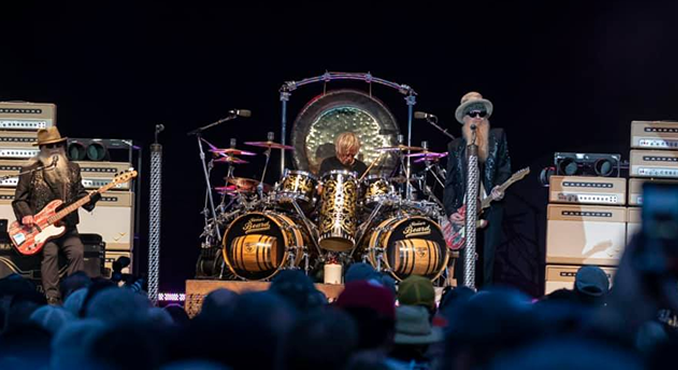