Manchester’s “Back the Blue” event last Tuesday night raised over $3,000 for Linn County Deputy Will Halverson.

The event, held in conjunction with National Night Out, was held at Tirrill Park and offered games, kids’ activities and food vendors – and an opportunity to hang out with local law enforcement, including Manchester Police, Delaware County Sheriff’s deputies and Iowa State Patrol troopers.

There was also a Tug of War between law enforcement and kids and a dunk tank, with a chance to pay $5 for three balls to dunk an officer. And hundreds of dollars were stuffed into jars featuring the photos of local officers, with three officers who had the most money in their jars getting a pie in the face.

Jackson says they plan on making this an annual event, so mark your calendars for next year’s “Back the Blue” National Night Out in Manchester on Tuesday, August 2, 2022. 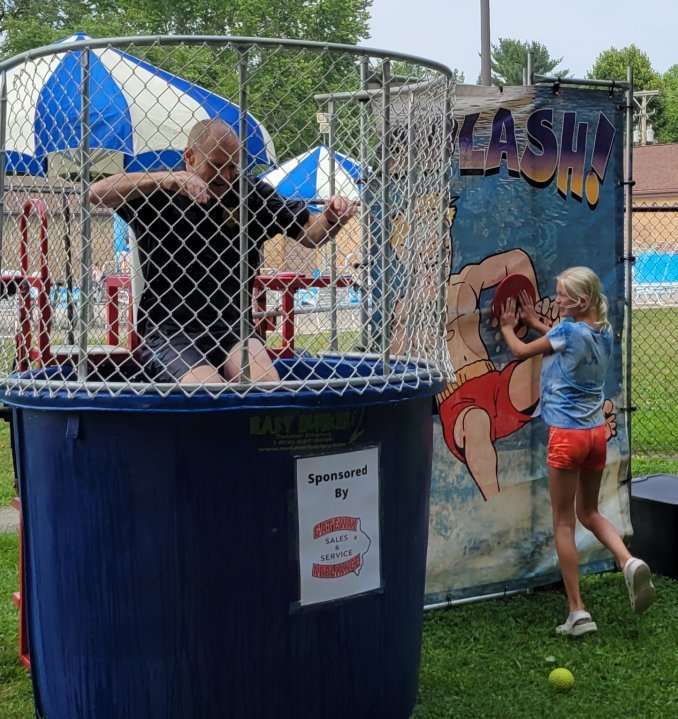 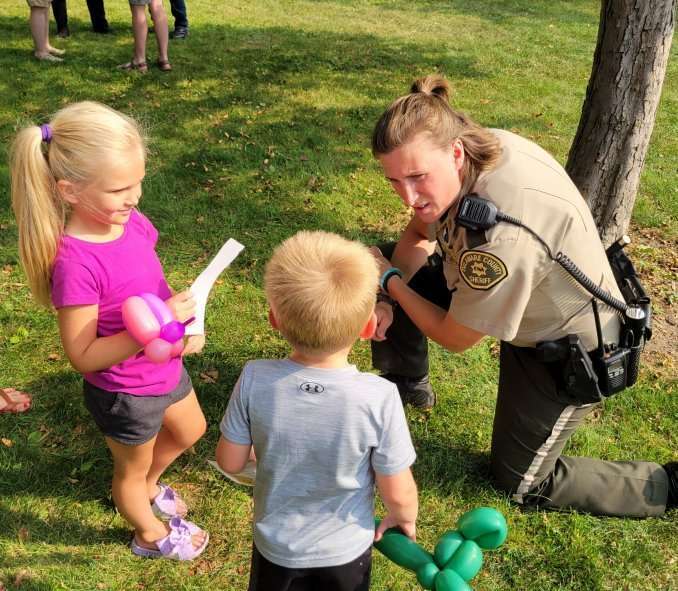 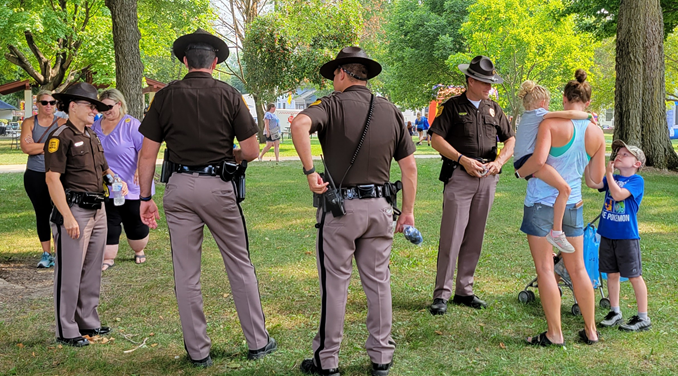