The Country Cruisers Car Cruise and Car Show is this weekend. And it all starts tonight with the Show & Shine car show downtown on South Franklin Street. Car club member Dennis Wiedenman fills us in:

On Saturday night, it’s the Country Cruisers Car Cruise. Hundreds of cars will be making their way through Delaware County starting at 5 pm, with line-up beginning at 3 pm at Quik ‘n Handi in Manchester.

Tune in to the Cruisin’ Oldies Show on KMCH with Mike Johnson starting at 5 pm Saturday – he’ll be taking your requests at (563) 927-8808. And look for Justin Roberts and Janelle Tucker in the cruise – they’ll be driving a black 2015 Mercedes Benz convertible – and they’ll be calling in to KMCH with updates along the cruise route.

The cruise will be ending at the Delaware County Fairgrounds in Manchester, which is where Bacon-N-Hops will be going on this Saturday night at the ball diamonds. The Manchester Chamber hosts this annual event, which is about the beer and bacon.

That’s Chamber Director Ali Manson, who says they’ll also have over ten breweries and wineries from all over Iowa there. The beer and bacon samples will be served from 5:30 to 8:30 pm. And there will be live music by Darrell, Jacque and Connie, followed by the band Slap & Tickle, with the music playing until 10:30 pm.

If you’d like to purchase tickets for Bacon-N-Hops, reach out to the Manchester Chamber at 927-4141. 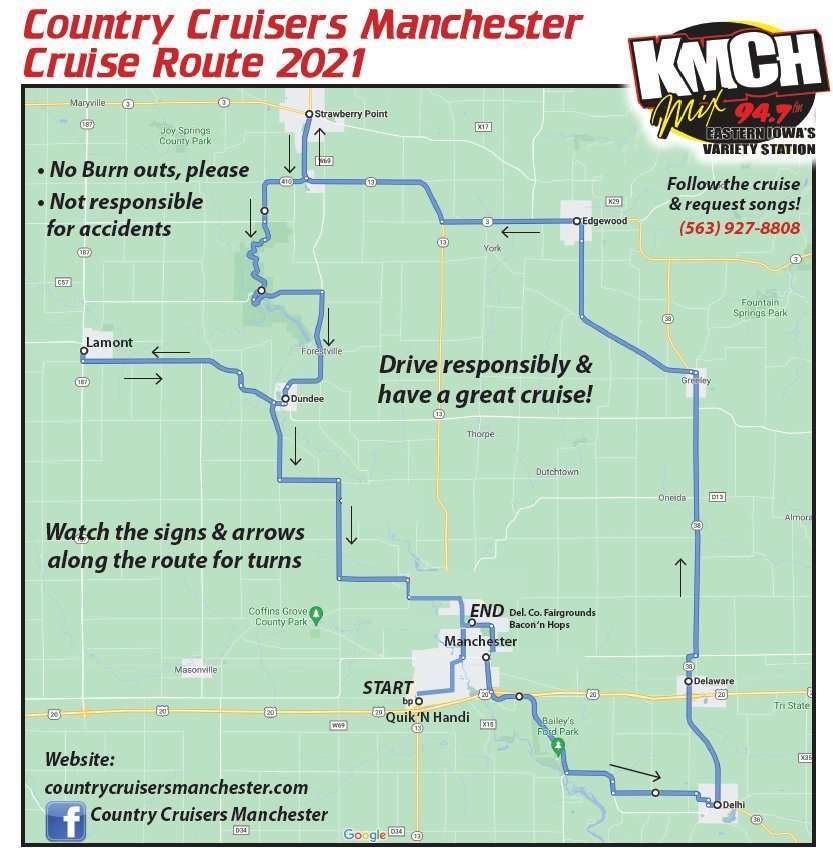