Dyersville has done their best to prepare for thousands of visitors who will be making their way into town over the next two days.

But Dyersville isn’t exactly sure how many people to expect in their small town of 4,000.

That’s Dyersville Chamber Director Karla Thompson, who says they’ve got two days of festivities planned for their visitors. It’s called “Beyond the Game”.

On Wednesday night, they’ll be showing the movie “The Field of Dreams” on the big screen in Dyersville’s City Square at 7 pm – with more activities on Thursday.

They’ll also be showing the game on the big screen in the City Square starting at 6 pm Thursday night. Thompson says they’ve gotten a lot of questions in the past week wondering if tickets are still available – and regardless if people are going to the game or not, they’re still planning to come to Dyersville. And hotels around the area are full.

The game will be a big boost to the local economy – and Dyersville’s restaurants and businesses are ready.

The severe thunderstorm that moved through Dyersville on Tuesday afternoon caused some damage to the “Beyond the Game” festival set-up at Commercial Club Park. The Park says three ten-by-ten foot canopy tents were destroyed, along with the production tent for the concerts. The stage was also damaged. Community members came to the rescue by letting the park borrow canopy tents for the event.

If you’re interested in checking out some of this week’s festivities, you can find more information online at BeyondTheGameIowa.com. 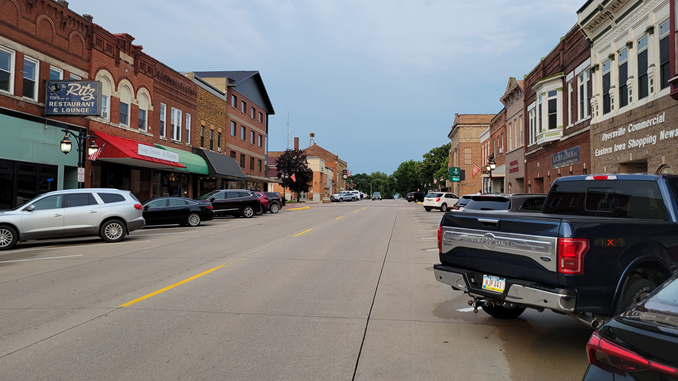 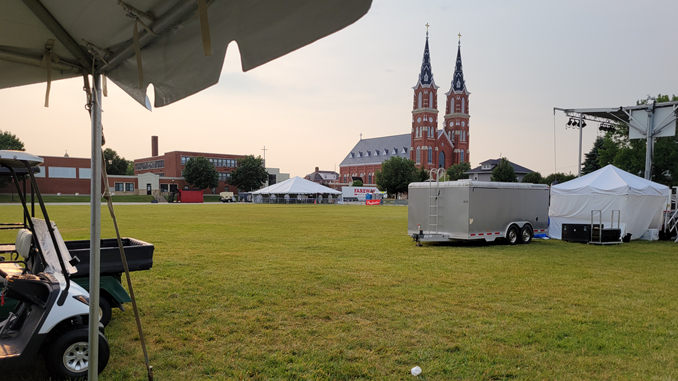 18th Year for West Delaware's Back to School Fair