The severe winds caused some property damage in the Manchester area. A new shop building was destroyed northwest of town, Hutchinson lost the roof of its truck shop and the Fastenal building lost part of its roof. Home damage was reported in the Hazleton area and a hog confinement building east of Fairbank lost its roof. The Beckman Sports Complex in Manchester sustained damage to its fencing and dugouts. And there were widespread reports of corn down in fields across the area, including Earlville and Fairbank.

There were numerous reports of trees and tree branches down, with some blocking portions of roads – including on North Franklin Street in Manchester north of the cemetery and on Highway 13 about three miles north of Manchester.

And heavy rains led to flash flooding, with several streets in Manchester covered in water. The City of Manchester says 1.76″ of rain fell on Tuesday, with the temperature sharply dropping from 91 degrees at 2:50 pm to 64 degrees by 3:30 pm.

Power outages were also reported across the area. As of 6 pm, Alliant Energy was responding to over 140 outages affecting nearly 8,000 customers across eastern Iowa.

Manchester City Manager Tim Vick says Manchester residents can bring their storm debris – including tree branches, limbs and brush – to the curb. City crews will stop by to pick up the debris sometime this week.

You can find several photos of the storm damage from our listeners below – and check out our KMCH Facebook page for more photos and storm reports. 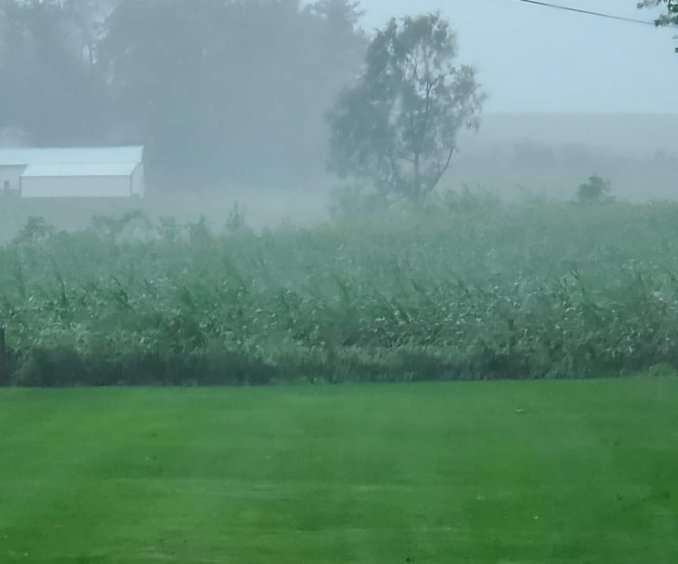 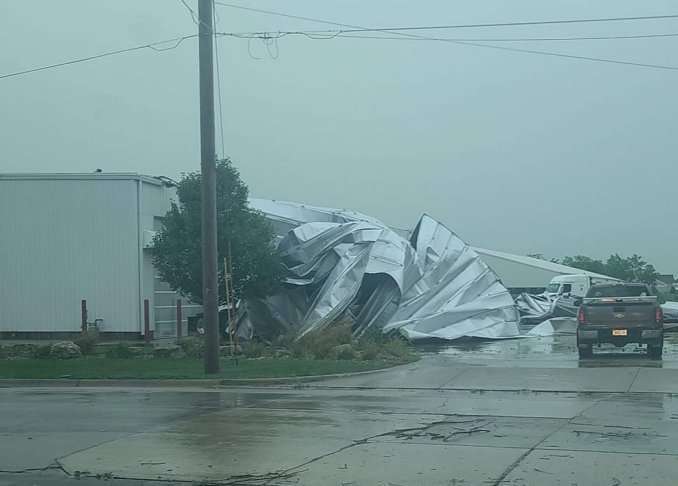 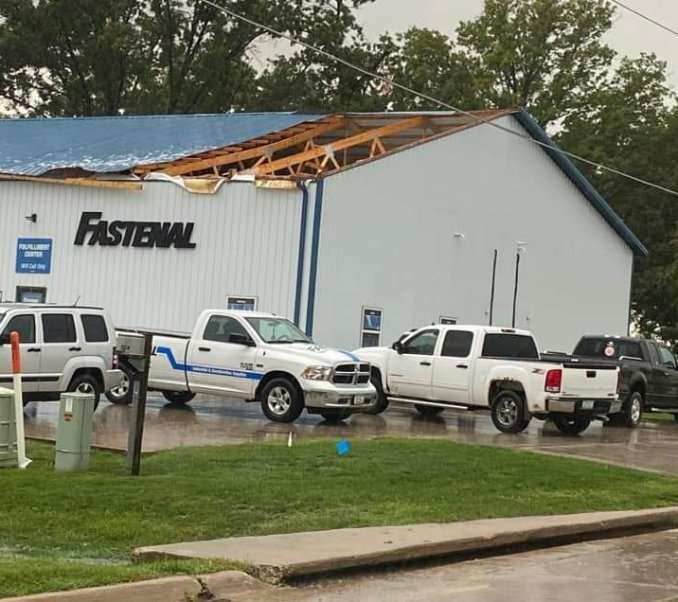 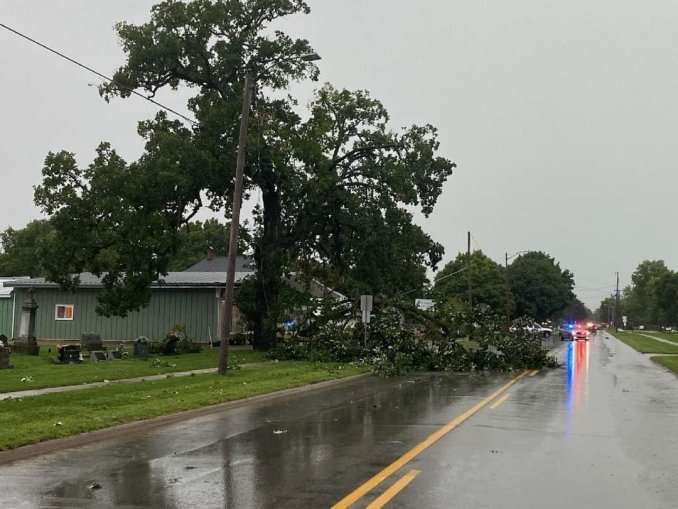 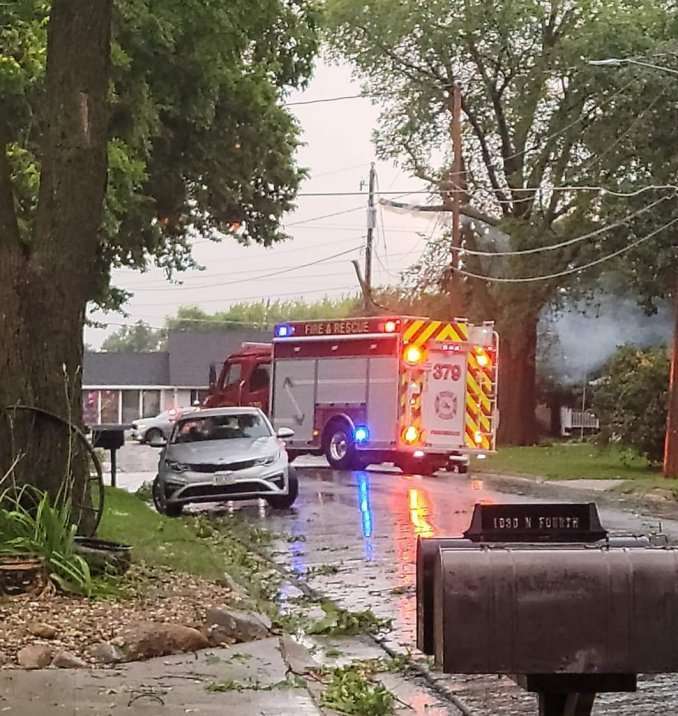 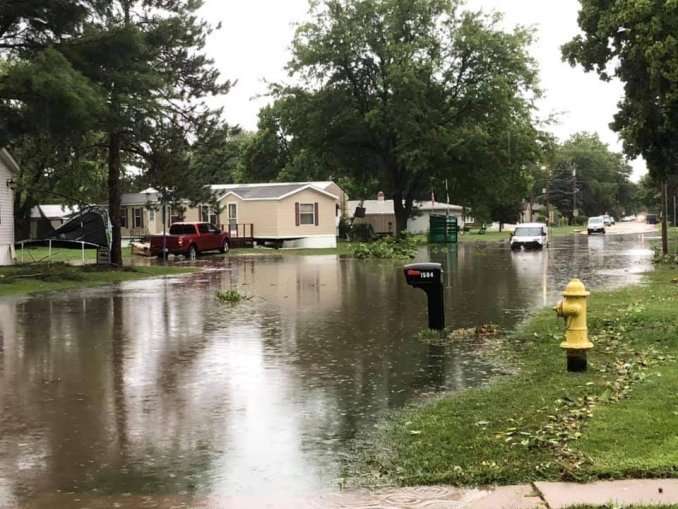 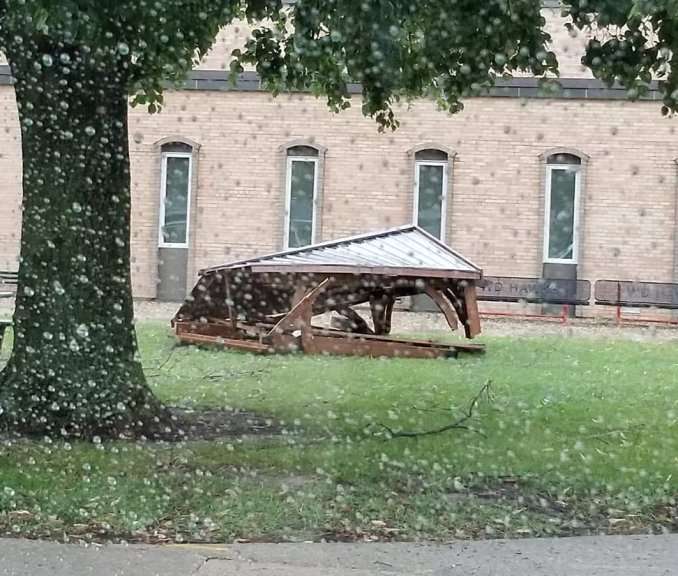