The 20th anniversary of 9-11 is approaching – and on Tuesday, a group of bicycle riders honoring the lives lost on that fateful day passed through Manchester as they make their way from coast to coast.

That’s Darrell Sales of Santa Clara, California, who says he and his son did the Bay to Brooklyn ride on the 10th anniversary – and now on their second trip, it’s grown to ten riders and three support drivers made up of current and retired firefighters and veterans. They started their journey in California on August 1st – and on Tuesday, they were making the 90-mile trip from Waterloo to Dubuque.

The group’s goal is to connect with firefighters and communities along the way to talk about 9-11. While in Manchester, they made a stop at the Manchester Fire Station, with Manchester firefighters Mike Ryan and Randy Rattenborg among hundreds who are signing a bean bag board that will go to the NY Fire Department.

Sales hopes the ride helps others remember the lives lost on 9-11 – you can also help support their team’s goals of donating to the Gary Sinise Foundation to help those who have served our country.

The group’s bike ride will end at the Brooklyn Bridge on September 9th – just two days before 9-11’s 20th anniversary. 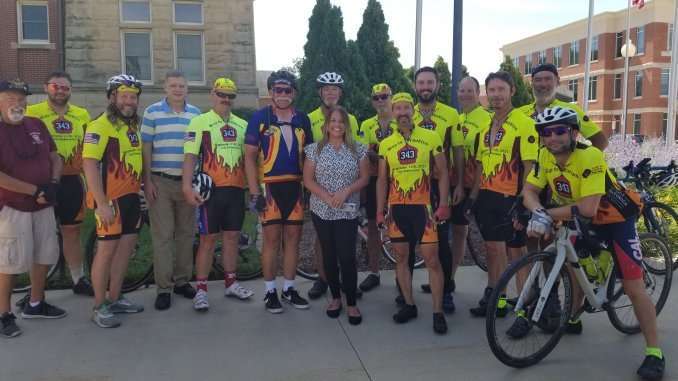 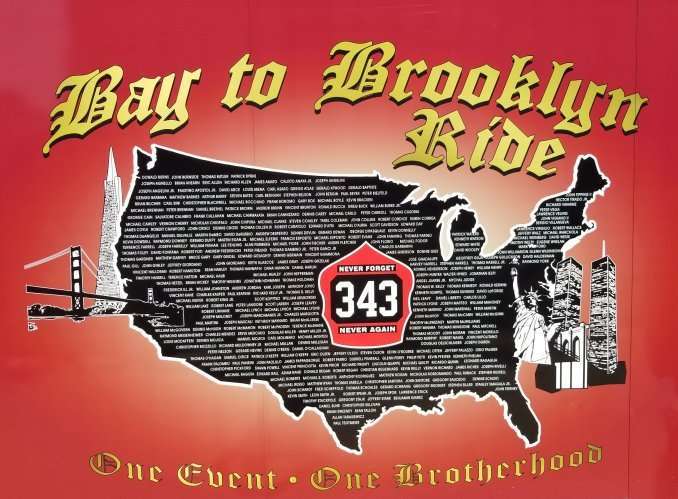 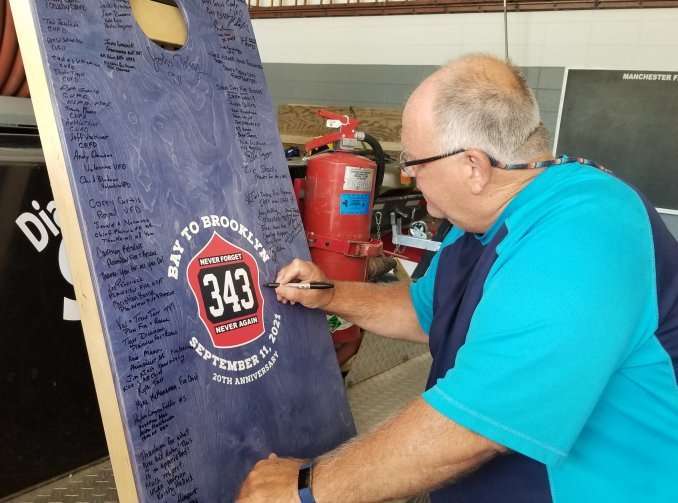 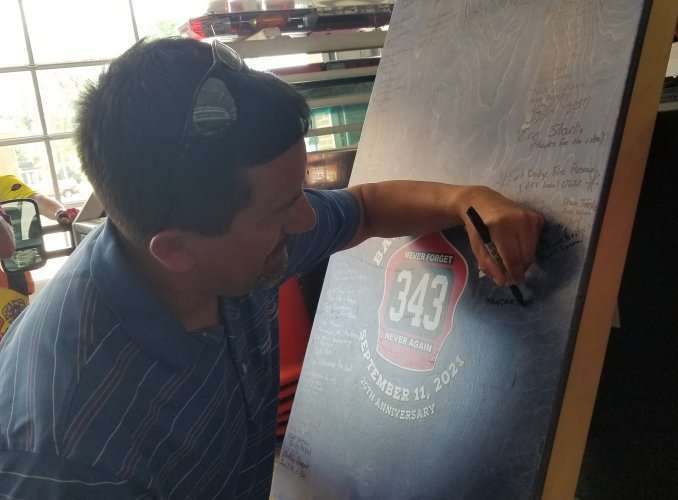