Several area communities are seeing flooding after heavy rains to our north on Friday night.

Elkader is experiencing major flooding, with the Turkey River cresting at just under 23 feet on Monday morning – eleven feet above flood stage. The river is expected to fall below flood stage on Tuesday afternoon. The Elkader Fire Department says sandbagging efforts have kept the town dry.

The Turkey River at Garber is also flooding, with the river there expected to crest at 24.5 feet tonight. Late Monday morning, the river in Garber was at 22 feet – five feet above flood stage. It should fall below flood stage on Tuesday night. At 17 feet, minor flooding begins in the communities of Garber, Osterdock and Millville. At 19 feet, County Road X3C at the south end of Garber becomes inundated. At 26 feet, the earthen levee at Elkport is threatened, just upstream of Garber.

Clayton County Emergency Management says many roads in the county are closed. You can check the Clayton County Iowa Road Department Facebook page for updates.

The Wapsipinicon River in Independence is expected to see major flooding, with a Flood Warning in effect through Friday. The river was at 6.4 feet on Monday afternoon. The river is expected to rise above the 12-foot flood stage just after midnight tonight and climb to a crest of 16.7 feet early Tuesday afternoon. It’s expected to fall below flood stage on Thursday night. At 16 feet, water affects many homes, businesses and parks in Independence and Littleton.

And a Flood Warning continues for the Wapsipinicon River near Anamosa Shaw Rd. from late Wednesday night to Monday morning. The river is expected to rise above the 14.5-foot flood stage early Thursday and continue rising to 20.2 feet early Friday. It should fall below flood stage early Sunday afternoon.

No flooding is forecasted in Manchester. The Maquoketa River has been sitting right around four feet all summer and only crested at 7.4 feet on Sunday morning – well below the 14-foot flood stage. By Monday afternoon, it had dropped down to about five and a half feet. 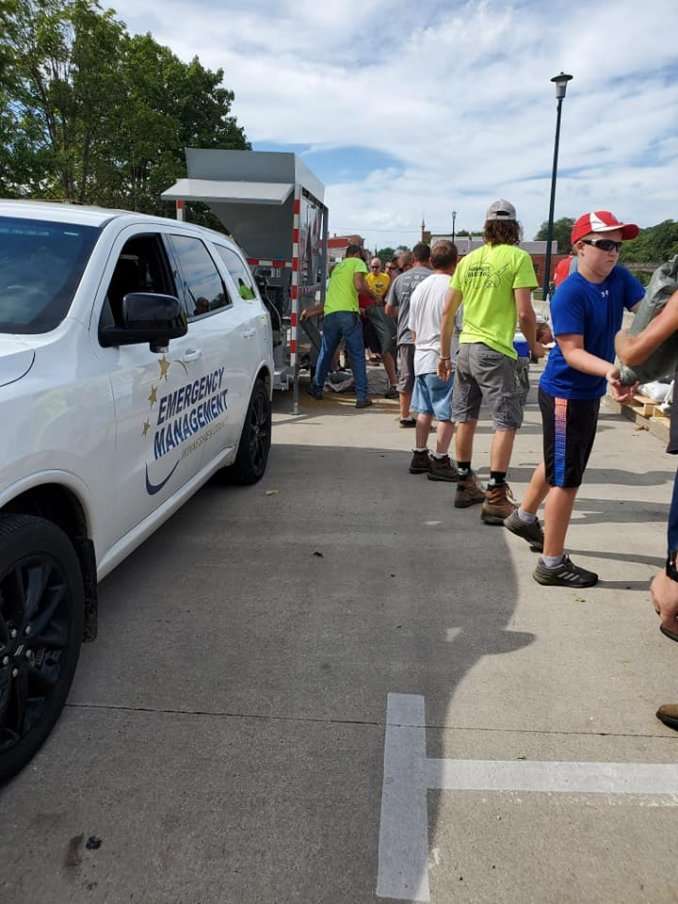