Petersburg threw one heck of a party for their 150th birthday on Sunday night.

The half-hour long parade was led by Petersburg’s most senior residents – Bud Domeyer, Olga Willenbring, Fred Goedken, Mary White and Ray Schmuecker, who all served as the Grand Marshals.

Then everyone headed to the Petersburg ball diamond for food, drinks, activities and a concert headlined by 90’s country band Confederate Railroad, with opener EllieMae Millenkamp from Team Blake on “The Voice”. The night wrapped up with a huge fireworks display over the ballfield as the historic S.S. Peter and Paul Church was lit up in the background.

Randy Nefzger, who helped organize the event, says they’re thrilled with how the night turned out.

Petersburg has a population of around 150 residents. But over 1,000 tickets were sold for the concert – and that doesn’t include the kids, who got in for free. And with such a great response, many are already asking if the Petersburg Back Field Country Bash will become an annual event. 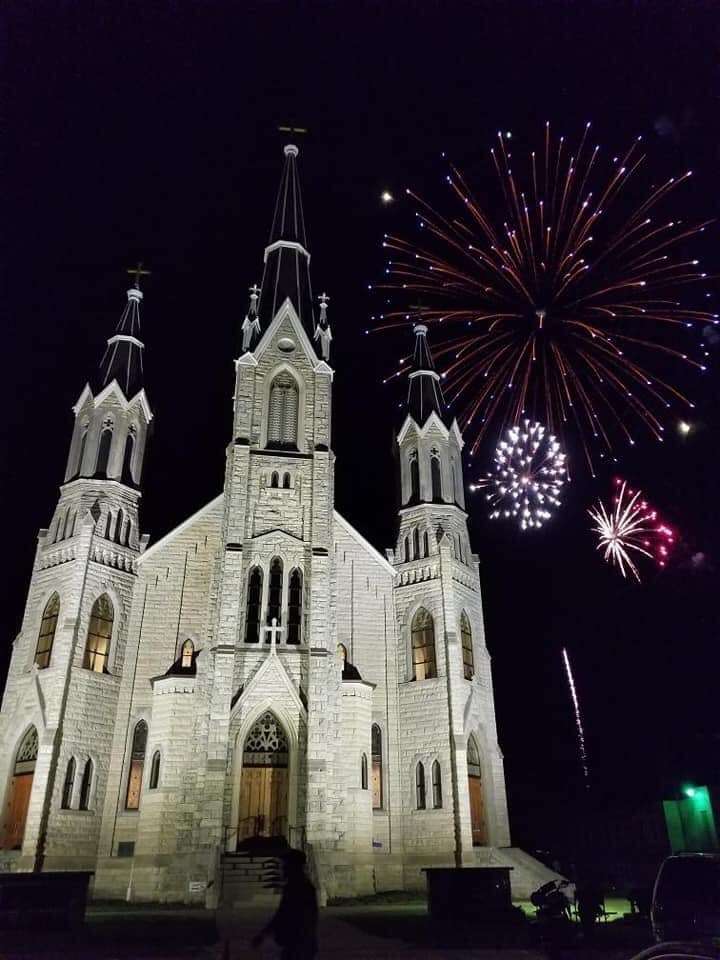