Manchester’s Castle Theatre has given its auditorium a name – and it honors the man who helped Castle Theatre get on its feet as a non-profit entity more than a decade ago.

Manager Kristy Davis says there’s a sign at the front of the theatre’s auditorium displaying the new name – the Al Remling Auditorium.

Castle Theatre’s board members gathered for their annual meeting recently. They reviewed the past year, which has been a struggle as the pandemic continues.

Davis says it’s been a challenge to get movies.

But she says it seems like people are now ready to go back to the movies.

Davis thanks the community for their support this past year.

And Castle Theatre is partnering with six local schools to start a new program for kids. It’s called Books to Movies – and it’s designed to replace the Book It Program (since Pizza Hut closed). Davis says they’re working with West Delaware, St. Mary’s, Maquoketa Valley, Ed-Co, North Linn and Monticello to reward students who read with a certificate for a free Castle Theatre Kids Pack on their next visit to the movies. 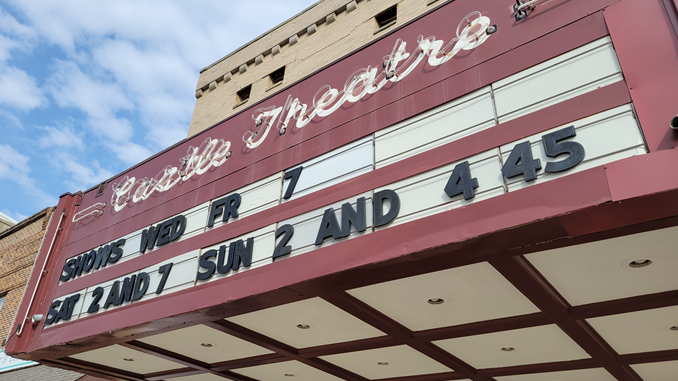