Beckman Catholic High School in Dyersville has inducted several new members into their Hall of Fame.

David Rahe, a 2002 graduate, was inducted as an Alumni in the Activities/Athletics category. Rahe, who was a four-year class president, was recognized as a State of Iowa Scholar. Rahe was also a star athlete in football, basketball and track during his years at Beckman and went on to play football at Iowa State University.

Father Mark Weber, a 1972 graduate, was inducted as a Distinguished Alumni. Weber was involved in student council, speech and football during his years at Beckman. He entered Divine Word College in Epworth upon graduation, was ordained in 1982 and served seven years as a missionary in Ghana before serving in the Chicago area. He is currently the rector of the formation program of the Divine Word Missionaries in Chicago.

Jerome and Mary Lansing were inducted as Distinguished Friends of Beckman. The Lansings have supported Beckman since its formation, having served on parish councils, school boards and boards, including the Beckman Endowment Board. Prior to the public school busing of private school students, they were instrumental in starting a bus route for the rural St. Paul Catholic School students in the Worthington community.

The 2021 inductees were honored on Friday during Beckman’s Homecoming festivities. 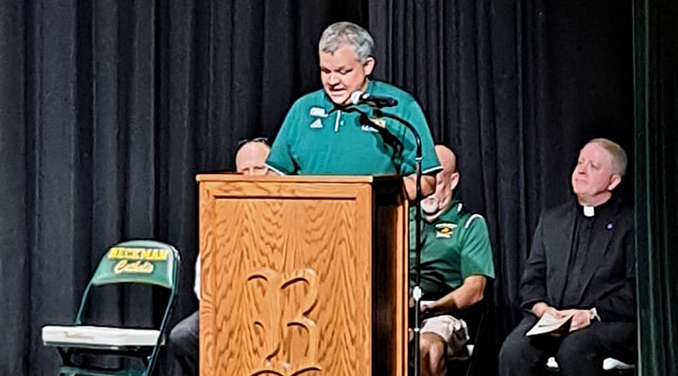 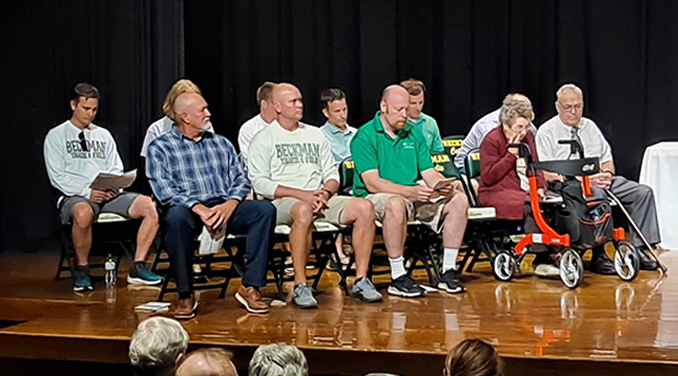