The West Delaware Hawks volleyball team has raised nearly $2,500 in the fight against cancer.

The team held their annual Cancer Awareness Night on September 14th during a home volleyball meet at Seedorff Gymnasium. That night, West Delaware’s athletes and coaches played in honor or in memory of someone who has battled the disease – and wore a hair ribbon that matched the color of their loved one’s cancer.

The team also designed “Believe in a Cure” shirts and sold them through Momentum Screen Prints. Along with the proceeds from their shirt sales, they also collected monetary donations the night of their game – raising over $1,000. The West Delaware volleyball team presented the proceeds to Regional Medical Center’s radiology staff, which will be used to help provide support bags that are given to the hospital’s breast cancer patients.

The team also raised an additional $1,400 through a fundraiser on Facebook, donating those proceeds to the American Cancer Society. 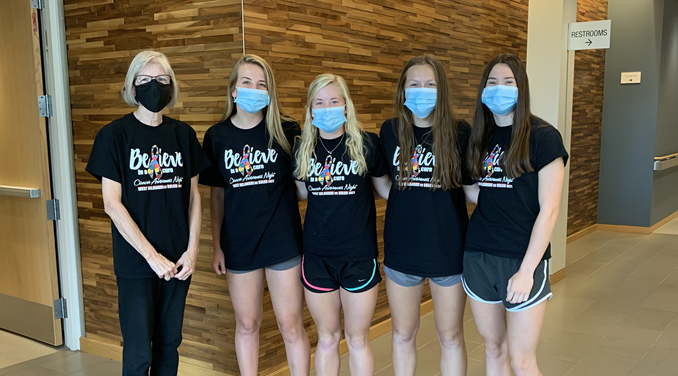