The City of Manchester’s Parks and Rec Director has been honored with a statewide award.

Foley, who is a native of Clinton, started his job as Manchester’s Parks and Rec Director in 2007. During his time in Manchester, he’s been instrumental in such efforts as bringing a skate park to Central Park, a shelter and playground at Schram Park and an advanced trail system along the Maquoketa River. Foley also oversaw the development of the Manchester Whitewater Park and initiated the Hero Hustle Triathlon, in addition to his daily duties. He says it’s a job he loves to do. 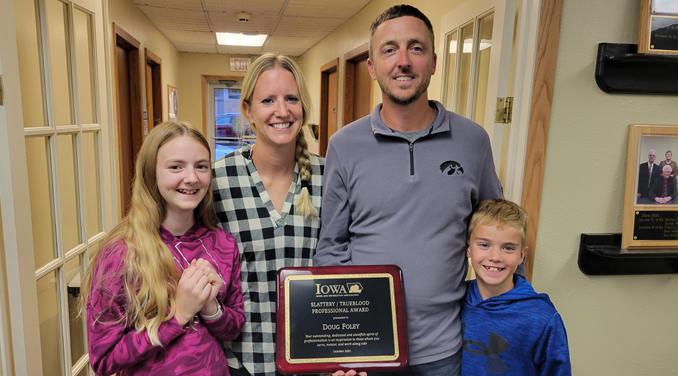