The new pickleball and tennis courts are starting to take shape at Tirrill Park in Manchester.

The old tennis courts at the park were removed this summer, with work beginning on one new tennis court and two new pickleball courts. Pickleball is becoming a popular sport in Manchester for residents of all ages. It’s a paddleball sport that combines elements of badminton, tennis and table tennis. Two or four players use paddles to hit a ball – similar to a wiffle ball – over a net.

City Parks and Rec Director Doug Foley says they finished pouring the new concrete surface for the courts on Thursday. The fencing should go up within the next week or two.

A few items with the project will wait until spring – that’s when the courts will be painted and the nets set up. Other details like landscaping and setting out benches and garbage cans will be done in the spring too.

Foley says Tirrill’s new pickleball and tennis courts will be ready to play on in the spring once the weather allows. 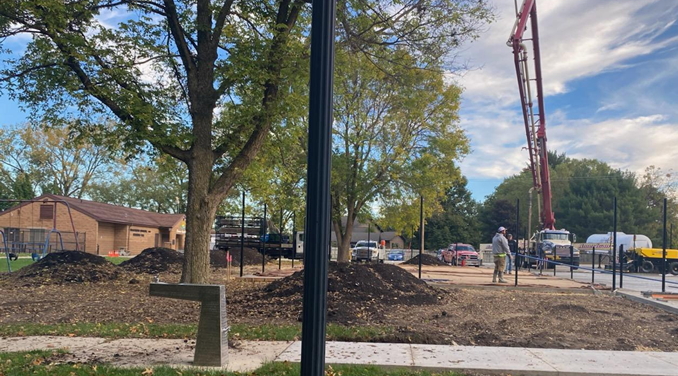 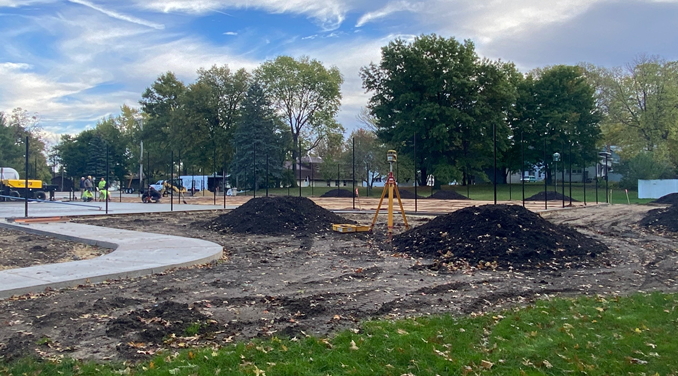 Delaware County Road and Bridge Projects Beginning to Wrap Up