One candidate officially filed to run for Delhi mayor in Tuesday’s election, but another resident publicly announced his campaign as a write-in candidate last week. 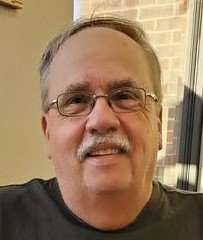 Incumbent Greg Preussner is being challenged by write-in candidate Marty Kelzer. Preussner has served as Delhi’s mayor for the past several years.

Preussner says he’s running for re-election because he believes they have a lot of good things going on in Delhi.

Preussner talks about his priorities if he’s re-elected on Tuesday.

Preussner is being challenged by Marty Kelzer.

Kelzer talks about why he decided to run for Delhi mayor.

Kelzer says there are several things he’d like to see happen in Delhi if he’s elected mayor.

Election Day is Tuesday, November 2nd, with polls open from 7 am to 8 pm.

Meet the Candidates for Dyersville Mayor

Tell Us Your Favorite Oldies Tunes