On this Veterans Day, we wanted to share with you the story of one of our local veterans – giving you a glimpse of his time in the service and the impact that’s had on his life.

Retired Master Sergeant Curt Hanson grew up in a small dairy community in Deer Creek, Minnesota. Hanson joined the Minnesota National Guard right after he graduated from high school and after his time in the Guard, he says he transferred to active duty – that was forty years ago. 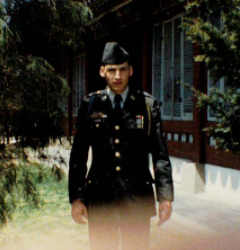 The Gander Crash killed all 256 people on board. Hanson says he stayed in Sinai for six months and then came back home to Fort Lewis and re-enlisted.

Hanson says after his time in Germany, he came to Manchester because he and his wife wanted to start a family. During the years, he stayed in the Reserves and was stationed in Waterloo, Cedar Rapids and Des Moines – and in 2003, he went to Iraq for the first time.

Hanson retired in 2014. He says he feels good about his time in the service.

But that doesn’t mean he wasn’t scared sometimes.

Memories like guarding President Reagan and seeing the Berlin Wall come down stand out in his mind, but there were also moments like helping kids in Iraq.

Hanson says serving your country leaves an impact on you.

These days, Hanson stays involved as a member of the Manchester Legion, gathering with fellow veterans on Wednesday mornings for coffee. He’s also part of the Color Guard and Honor Guard. And a few weeks ago while presenting the colors at a West Delaware football game, he received a special thank you.

Hanson says a “thank you” means so much to veteran – so please remember to honor their sacrifices and thank a veteran today. 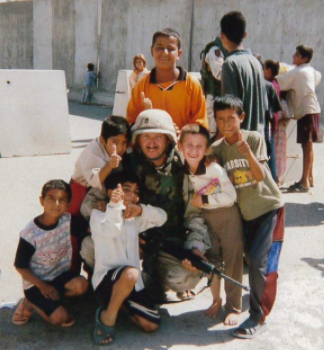