Around two dozen local veterans received a Quilt of Valor on Sunday during two separate ceremonies in Manchester.

The Northeast Iowa Heartland Quilters create the quilts for veterans who have been nominated to receive one.

Vietnam veteran Keith Parker of Manchester was one of the quilt recipients.

Parker received a Quilt of Valor made by quilter Pat Helmrichs.

Chet Reagan of Sumner, who served in the Navy, also received a Quilt of Valor on Sunday. Reagan says he appreciates the quilters and the efforts they make on behalf of veterans.

The Heartland Quilters have awarded over 150 Quilts of Valor to veterans touched by war since 2013, with each quilt featuring a different design. President Ruth Elsbury:

If you would like to nominate a veteran or service member to receive a Quilt of Valor, the Northeast Iowa Heartland Quilters are taking nominations – you can reach President Ruth Elsbury at (563) 608-2699. You can also contact the Manchester Legion or your local Legion for nomination forms. 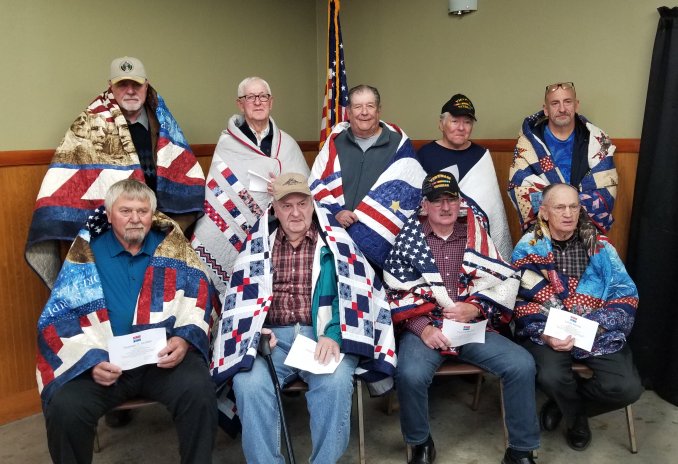 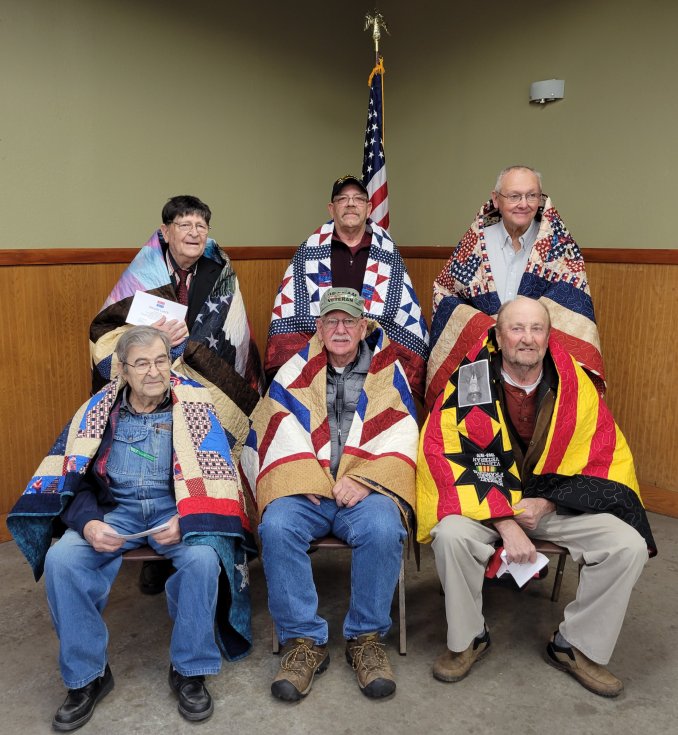 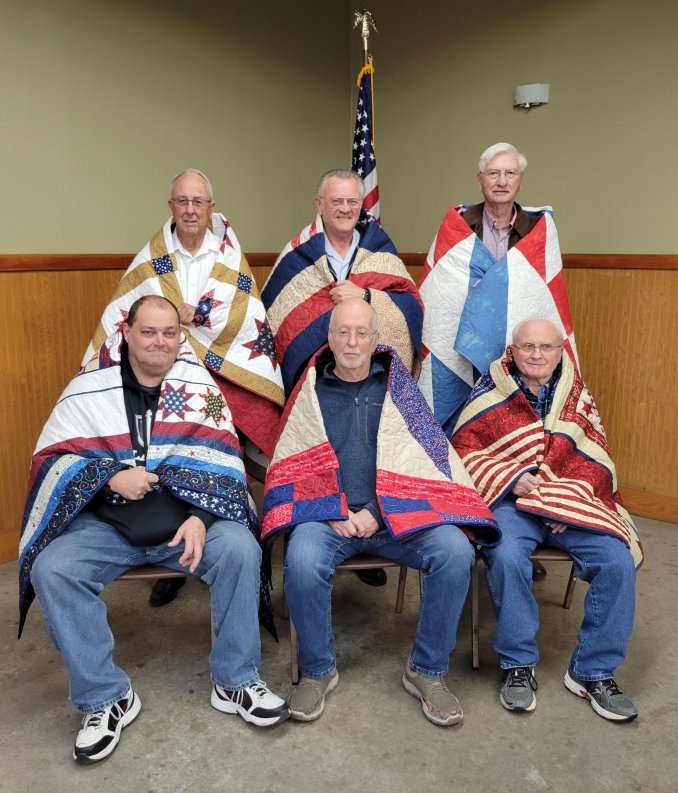 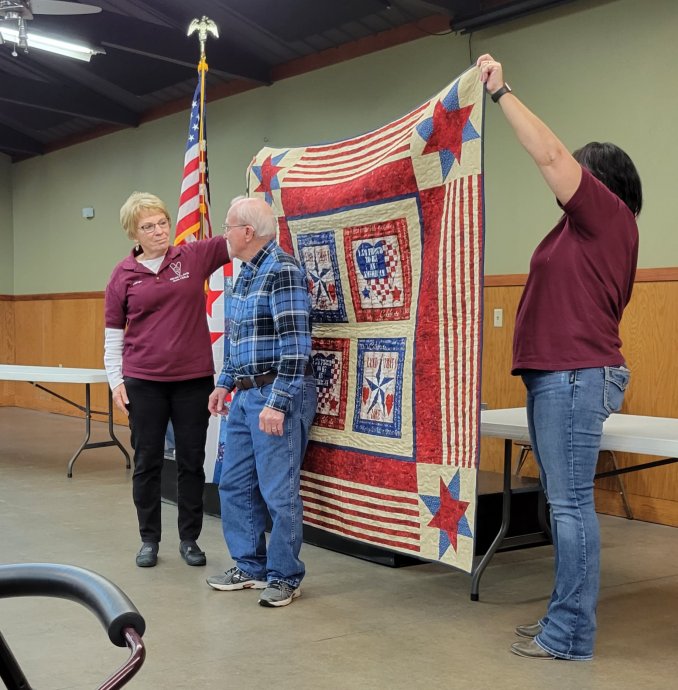 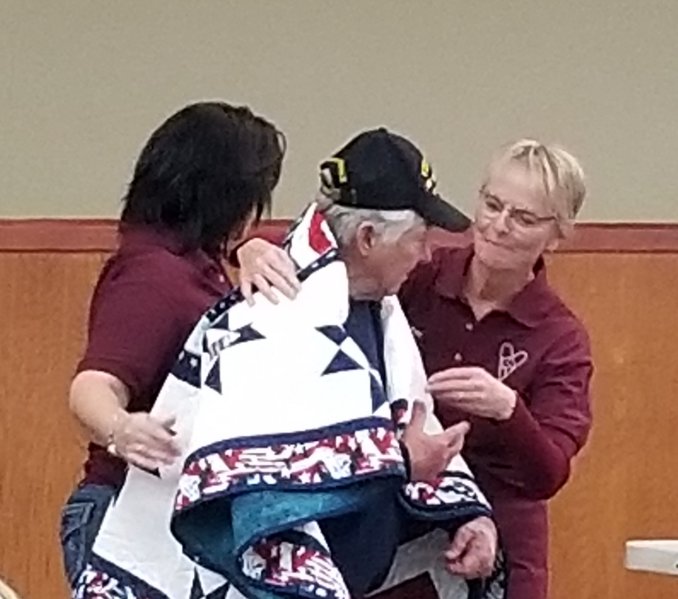 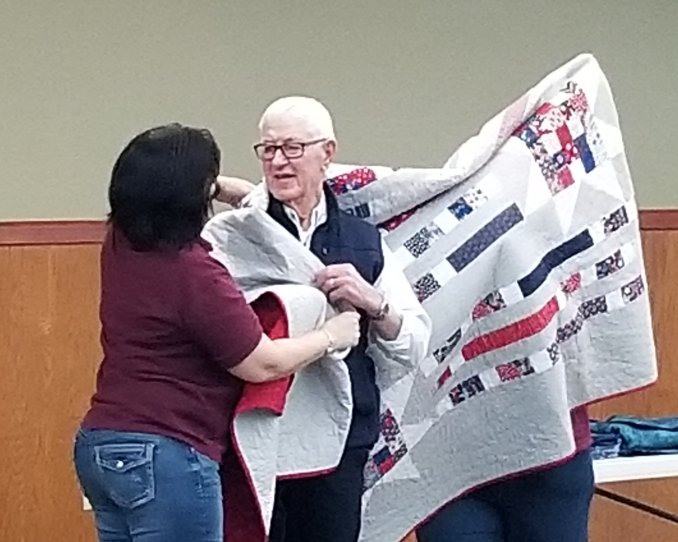 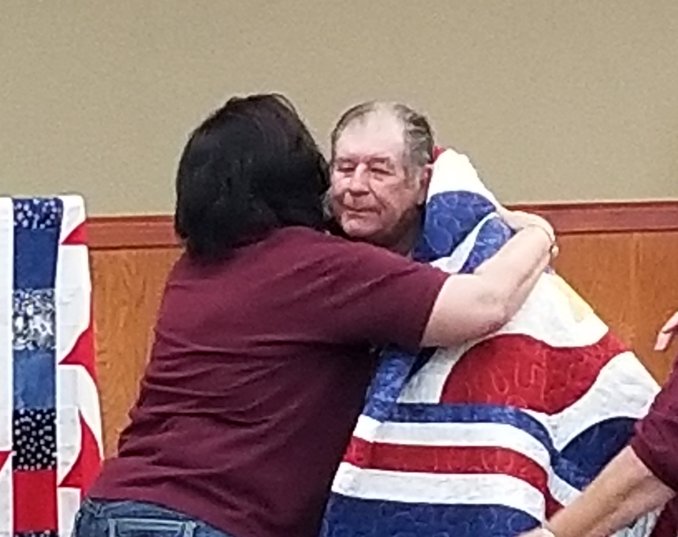 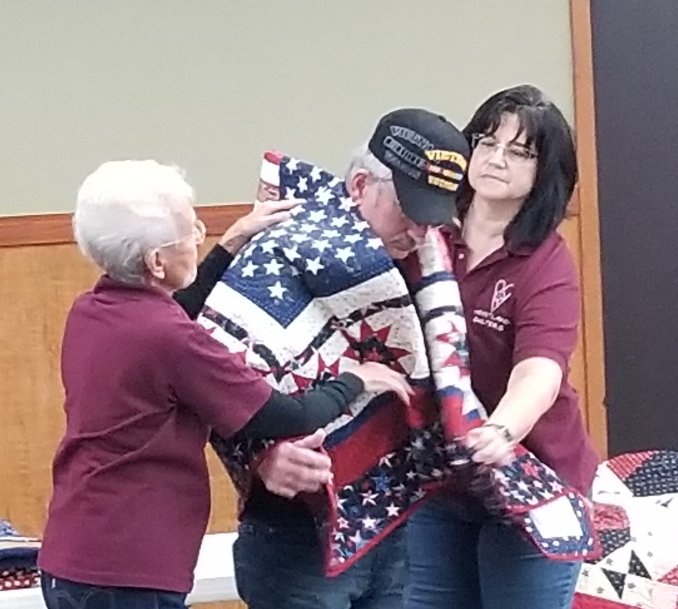 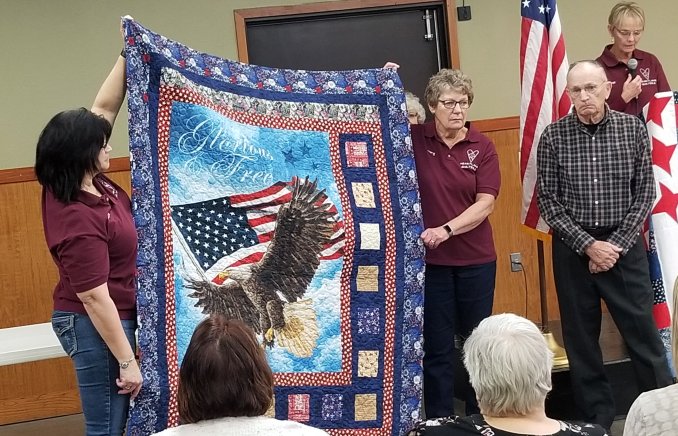 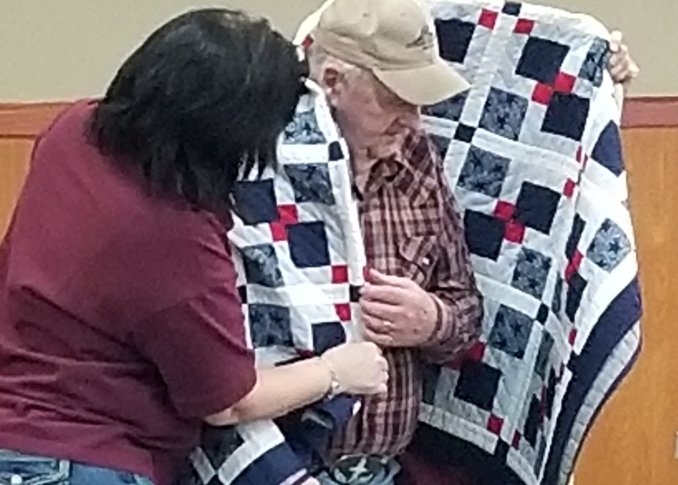 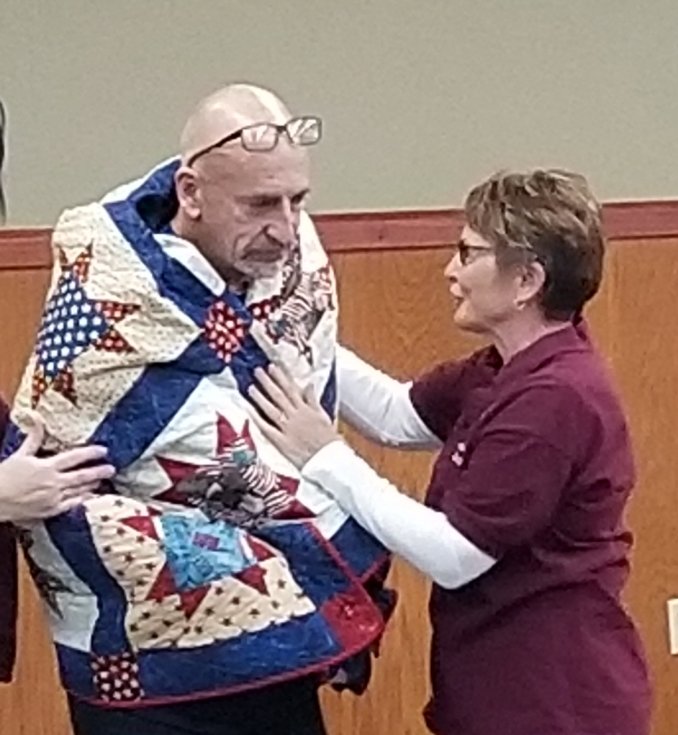 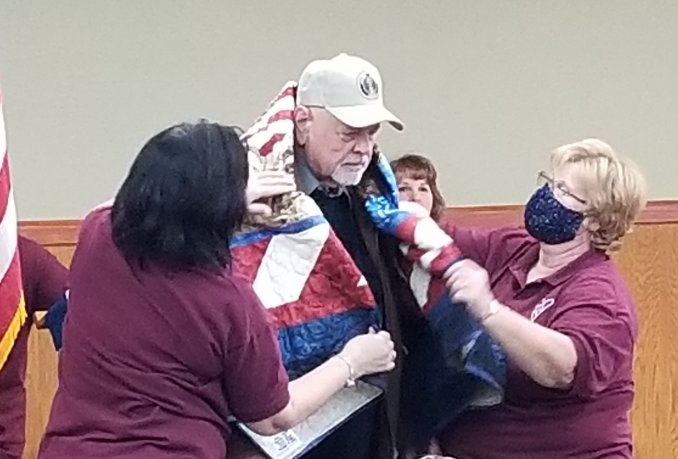 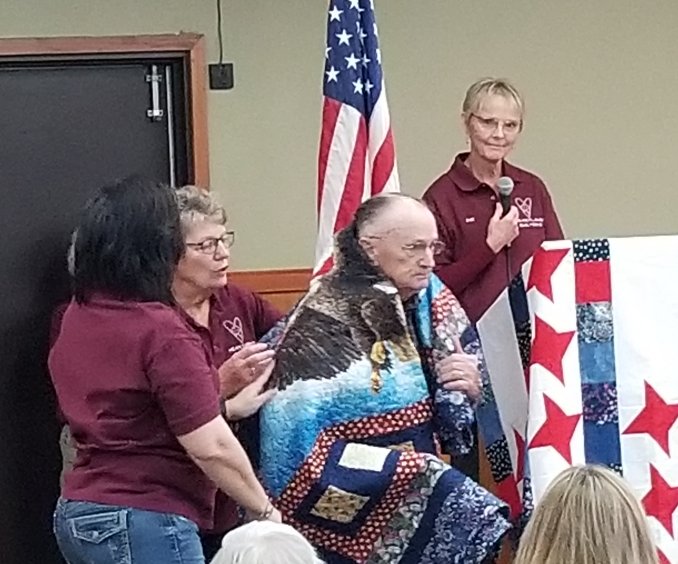 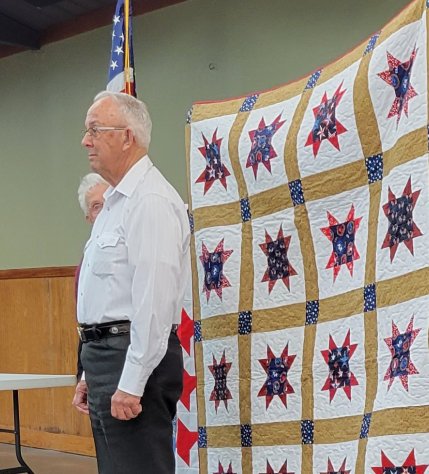 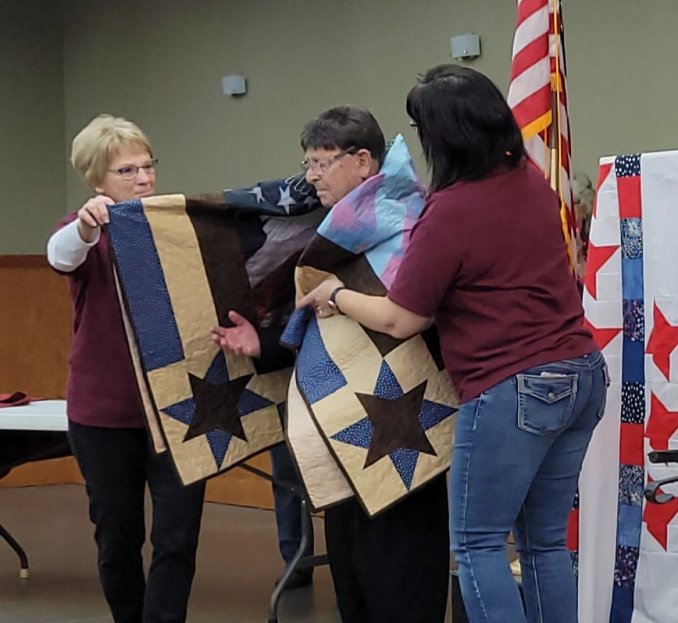 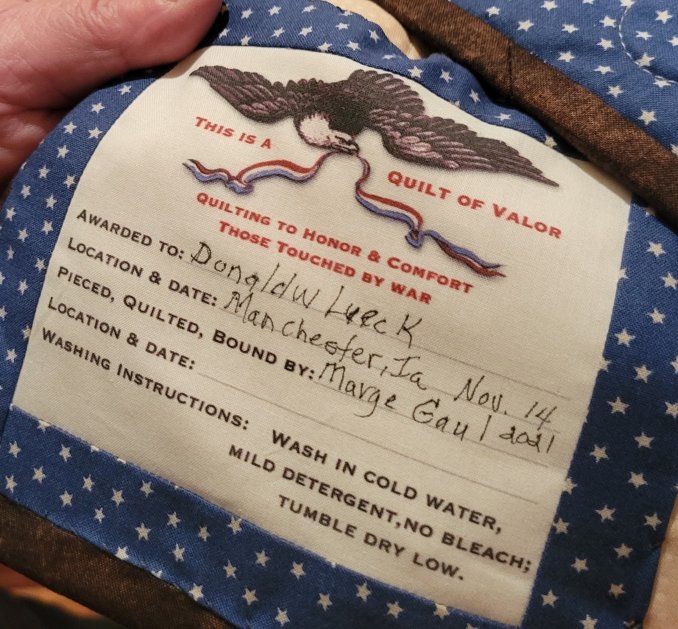 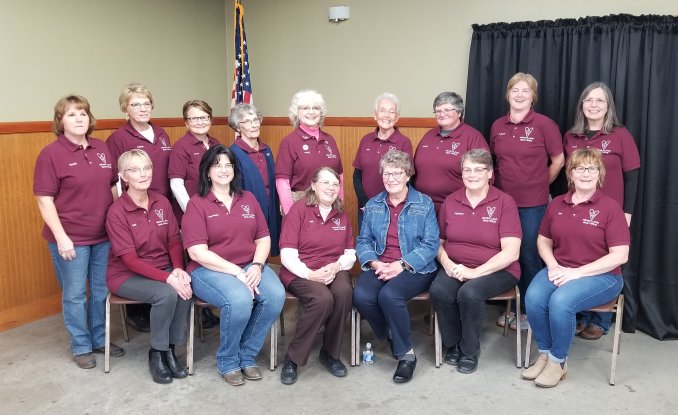