Angel Navarez of Puerto Rico is one of five National Vice Commanders of the American Legion – assigned to the Midwest Region. Navarez is an Army veteran, with 24 years of active duty in the military.

Navarez spent this past week touring the state of Iowa, with local stops last Thursday at the Legions in Manchester and Dyersville. He says his main mission on the statewide tour has been promoting membership.

Naverez spent an hour talking to a room filled with Manchester Legion members and supporters last Thursday, challenging them to each recruit one veteran friend to join the Legion. He says the Legion provides fellowship and camaraderie, as well as benefits – and the more people who join, the stronger the Legion becomes.

There are well over 30,000 members in Iowa, with over two million members in the American Legion – not just nationwide, but worldwide. 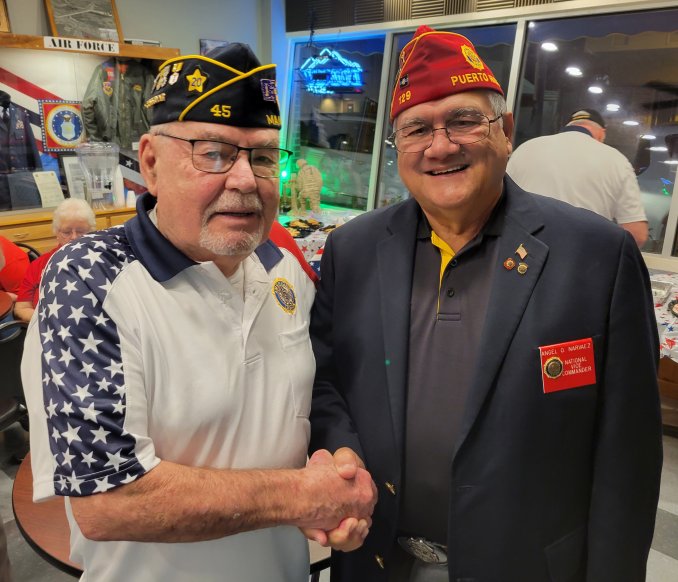