The first of dozens of public meetings kicked off this week on a proposal to build a large-scale carbon capture pipeline that would run the length of the state.

The Heartland Greenway project would pipe pressurized carbon across 1,300 miles in five states, including Iowa – where it’s proposed to pass through southern and eastern Linn County and southeastern Delaware County.

The pipe would go through Jessica Wiskus’ land in rural Linn County. She hopes to organize neighbors against the project, which she says presents safety concerns.

Navigator’s pipeline system would capture carbon dioxide at multiple ethanol plants, convert it to liquid form, and transfer the liquefied carbon dioxide to a permanent underground sequestration site in Illinois. According to a press release from Iowa Utilities Board, the proposed project is classified as a hazardous liquid pipeline, which is governed by Iowa Code and the Iowa Utilities Board’s administrative rules. Some researchers say carbon capture is vital to lowering emissions, but Wiskus is worried about how safe and effective the project is – and she’s organizing against it.

The first meeting on the project was held in Rock Rapids Monday afternoon, with another three dozen meetings scheduled around the state. There is a public meeting scheduled in Delaware County next Monday, December 6th at noon at The Gathering Place in Manchester. A public meeting will also be held in Linn County next Monday night at 6 pm at Veterans Memorial Building (coliseum) in Cedar Rapids.

Letters have been sent to the affected landowners, as well as everyone who owns or resides on nearby property to notify them of the project and upcoming informational meetings.

You can find more information on the Iowa Utilities Board website. 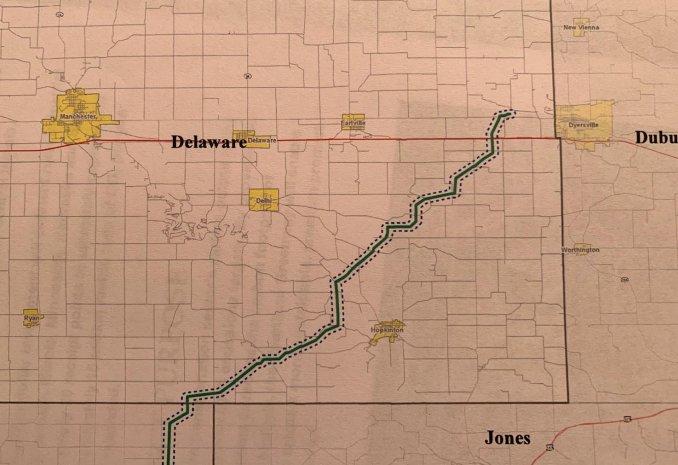