The National Weather Service says the worst of the severe weather seemed to hit western and central Iowa, with reports of isolated tornadoes and property damage. Here in eastern Iowa, the line of rapidly-moving storms brought widespread thunderstorm wind gusts of 60 to even more than 80 miles per hour from the state’s northern border down to the Quad Cities. A Tornado Warning was issued for Buchanan County and a portion of Benton County – rotation was indicated on radar, though a tornado was never reported spotted or confirmed.

A semi driver was killed while traveling on Highway 151 in Benton County around 8:30 pm. The Iowa State Patrol says the semi was southbound when it was hit by a strong gust of wind. The semi rolled over onto its side, coming to rest in the east ditch. The semi driver’s name has not been released.

Delaware County Emergency Management Coordinator Mike Ryan tells KMCH there was damage reported around the area, but overall, it was minimal.

The National Weather Service received a report of a tree on a house in Coggon. Shingle damage was also reported by a trained spotter two miles northeast of Robinson in Delaware County, along with other unspecified damage in the neighborhood.

KMCH also received several storm reports from local residents, including damage reported to homes and roofs in Oneida and roofs near Greeley. In Manchester, fire trucks were keeping the public away from a power line that fell down on North Franklin Street near the cemetery. A tree was reported down on Kennedy Hill along Highway 3 between Edgewood and Colesburg. And in Colesburg, a fallen tree pulled a power line down near the school (above photo courtesy of Amber Marie). There were also numerous power outages across the state, with our listeners reporting power outages east and south of Manchester, as well as rural Delhi and Monticello.

The National Weather Service is continuing to gather storm reports and survey damage across the state. 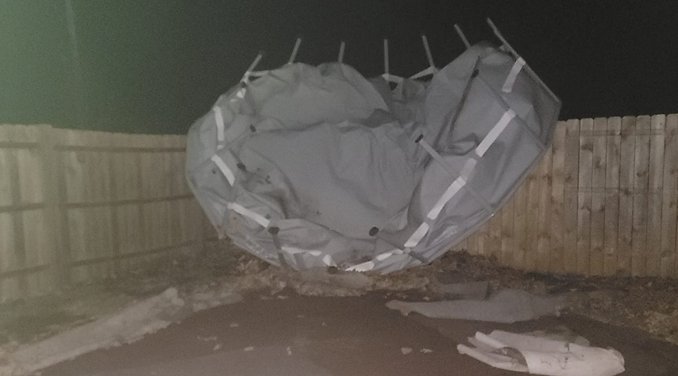 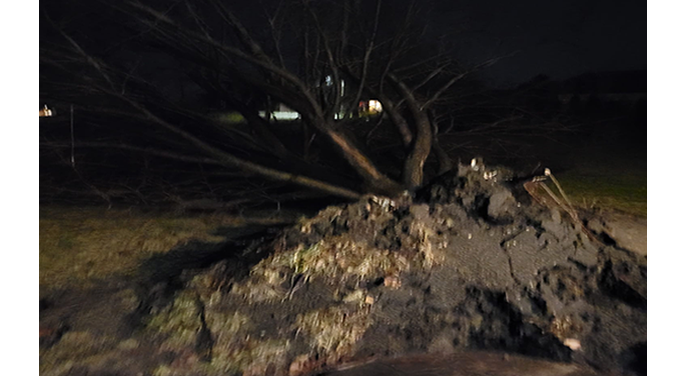 The National Weather Service says 97 of Iowa’s 99 counties experienced a Severe Thunderstorm Warning, Tornado Warning or both Wednesday into Thursday – making it the most active weather day of 2021. 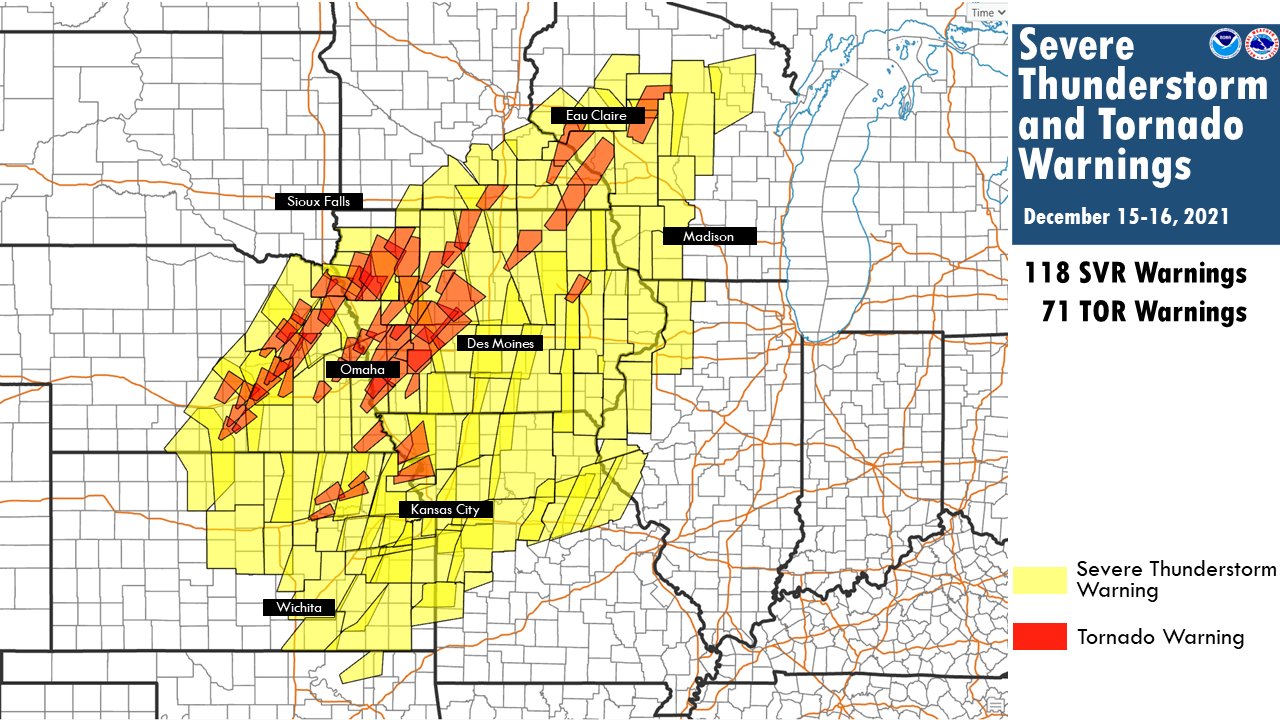 Iowa Farmland at Historic High, Still Lower Than 2012 and 2013 When Adjusted for Inflation