Justin Roberts has been selected as the new KMCH Morning Show Host and Farm Director and Jon Swisher will be joining KMCH full-time after working part-time for the company for many years. Swisher will continue as Sports Director and play-by-play announcer, while adding part-time Marketing Consultant and Video Editor to his duties. 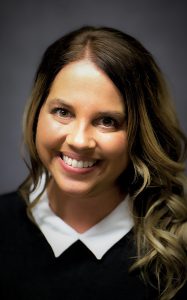 Station Manager Sarah Meyer says Justin and Jon are both a voice and face you may be familiar with from KMCH. Justin served as last summer’s host of the entertaining “Meet the Champions” program, featuring local video interviews with youth 4-H and FFA members at the Buchanan, Delaware, Jones and Linn County fairs. Justin has also kept you company on the air on Saturday mornings and while filling in for numerous shifts, including the KMCH Morning Show, and he has been the face at many community events around the area. Jon Swisher has been the voice and face of KMCH Sports for 13 years. During his career, he has been the recipient of several prestigious awards, including the Iowa Broadcast News Association Award for excellence in Local Sports Coverage, the Iowa High School Athletic Association Sports Media Award, and the IGHSAU School Sportsmanship recipient for West Delaware Volleyball at the State Tournament.

Meyer says they were excited to make the announcement live on KMCH Friday morning. 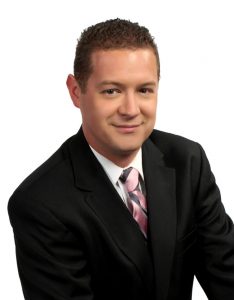 Justin Roberts grew up near Fayette in northeast Iowa on the family dairy farm. When he got old enough to start thinking about a job away from the farm, the broadcasting bug bit him and the rest is history. He started his on-air career working part-time at AM 950 KOEL in Oelwein in 1999 and was hosting the morning show on KOEL as a senior in high school the morning of September 11, 2001. Justin brings many years of experience forecasting weather and anchoring the morning news on CBS2 in Cedar Rapids, behind the microphone at News Radio 600 WMT and you may have heard him host the University of Iowa Hawkeyes pregame ‘Bumper Brigade’ before every Iowa football game on the Hawkeye Radio Network. He’s an avid Iowa Hawkeye and St. Louis Cardinals fan, a 4th degree Knight of Columbus, and an accomplished pianist and organist. As a kid, Justin wanted to be a music teacher, airline pilot, or game show host if broadcasting didn’t work out.

Justin says after working for the station part-time since 2020, he’s excited to join the staff full-time “playing radio”. 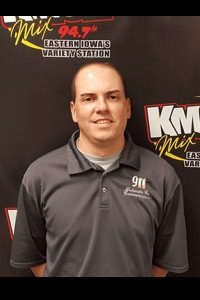 Meanwhile, Jon Swisher started his sports announcing career as a public address announcer for Track and Field meets in 1997 when he was just an 8th grader in Anamosa. Jon continued announcing for various events from Little League Baseball, High School Baseball, Softball, Wrestling, Basketball, Volleyball, Football and Track and Field throughout high school and has continued to do P.A. work for the past twenty years for middle school and high school athletic events at Anamosa, Maquoketa Valley, West Delaware, Monticello, North Linn and Ed-Co. He also served as a P.A. man for the National Volleyball Tournament in Cedar Rapids and the IBCA All-Star Basketball Games in Grimes. Swisher started in radio in December 2003 with WMT Radio in Cedar Rapids. He also did freelance play-by-play for several small market radio stations in Iowa, along with the Cedar Rapids Titans Indoor Football League, Mount Mercy University Men’s and Women’s Basketball, Baseball and Softball and since 2010 with Learfield Sports and the Iowa Hawkeye Radio Network.

After working mostly part-time for the station since 2009, he’s looking forward to being more involved with KMCH.

Listen to a clip of the live announcement with Justin, Janelle, Rob and Jon on KMCH Friday morning: