The Manchester Police Department is saying goodbye to two senior officers. Captain Rick Carnicle and Lieutenant Jim Wessels are retiring after more than 30 years with the department.

Carnicle, who grew up in Edgewood, says his interest in law enforcement started with a family friend.

Carnicle was hired by Chief Bruce Trapp. And the Manchester PD looked a little different back then.

Carnicle says technology has been the biggest change since starting with the police department in 1989. Social media, for example, has led to more cases of harassment. But he says it’s also been helpful because police can make a post asking for help in solving a case – a good example of that came recently when the Manchester Legion’s grill was stolen and then soon recovered after the post went viral. Carnicle says crime in Manchester has changed since 1989 too.

And looking back over the past 33 years, there are moments in his law enforcement career that he won’t forget.

But Carnicle says it’s time to move on. The City of Manchester offered an early retirement package to employees last fall, which may not come around again for a few years – and that was enough for him to make the decision to retire.

And he was humbled by all the people who showed up to the retirement open house at the Manchester Fire Station on Friday – everyone there paying their respects to both him and Lt. Wessels.

Carnicle’s last day was Friday, while Wessels plans to retire on his birthday on February 15th. 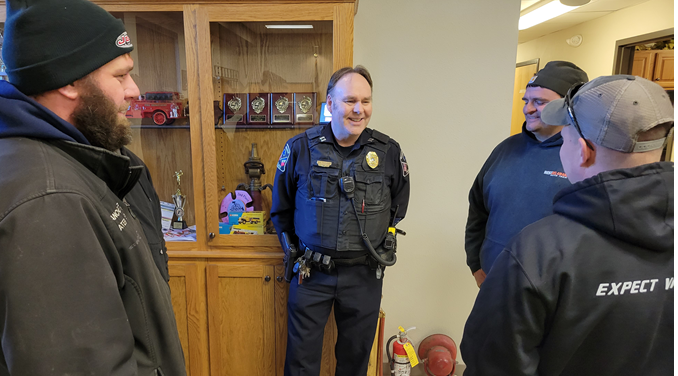 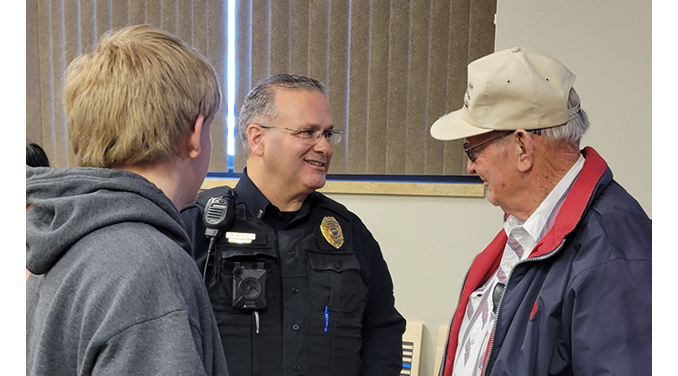