A group has filed a complaint against State Senator Dan Zumbach of Ryan.

The Committee to Save Bloody Run alleges that Zumbach may have pressured the DNR to approve permits for a massive cattle operation owned in part by Zumbach’s son-in-law.

His son-in-law, Jared Walz of Monona, is a partner with Dean Walz and Mike Walz in Supreme Beef LLC, formerly known as Walz Energy. The DNR has approved construction and manure handling permits for the 11,600-head cattle operation in the headwaters of Bloody Run Creek.

The ethics complaint, filed by four members of the ad hoc Committee to Save Bloody Run, questions Senator Zumbach on four accusations:

– whether Zumbach urged DNR staff to approve an “after the fact” stormwater permit, even though construction had already been going on for months

– whether Zumbach contacted DNR Director Kayla Lyon on behalf of his son-in-law’s business when the DNR was set to reject a nutrient management plan Supreme Beef had submitted.

The committee says the complaint against Senator Zumbach is based largely on thousands of emails dating back to 2017 obtained through Iowa open records statutes.

The Senate Ethics Committee will review the complaint this afternoon. 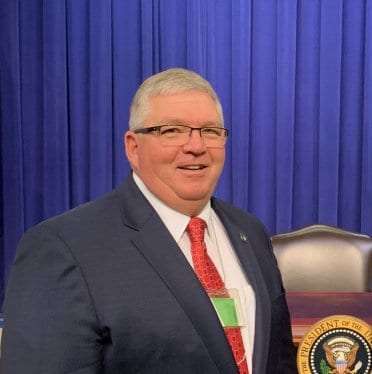