Delhi has seen some new activity in town lately. The City was awarded a $100,000 Community Catalyst Grant from Iowa Economic Development two years ago to help renovate a couple of properties on Franklin Street – the two buildings that housed the former Shane’s Place and Delhi Locker were demolished, with a new building constructed that is home to two new businesses – a coffee and wine bar called Roast & Toast and a meat market/deli named Off the Hoof.

And Off the Hoof is getting ready to open soon. Meat manager Matthew Schuster says if they get all their ducks in a row, they’re going to try for a soft opening next Thursday, February 24th.

Both Off the Hoof and Roast & Toast had an opportunity to visit with Congresswoman Hinson on Tuesday – sharing their success stories of how their businesses were born, but also letting Hinson know about some of their challenges.

And Boss says they’re proud to be able to showcase a community like Delhi.

On Tuesday, Hinson also visited Brandon in Buchanan County, where she toured AP Castings to learn more about the products they produce and distribute. On Wednesday morning, she’ll be holding a Dubuque County Town Hall meeting at Clarke University’s Janson Music Hall starting at 9 am. The town hall will be open to the public. 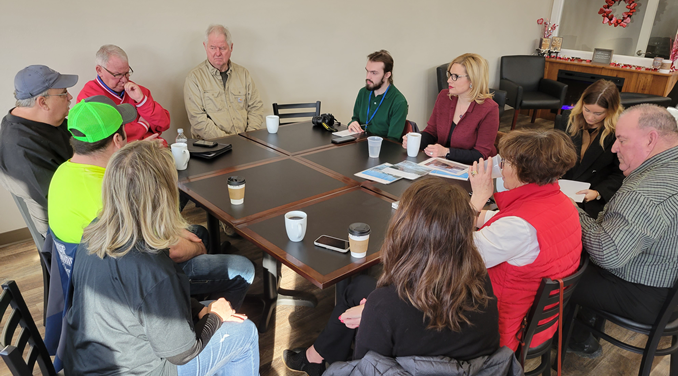 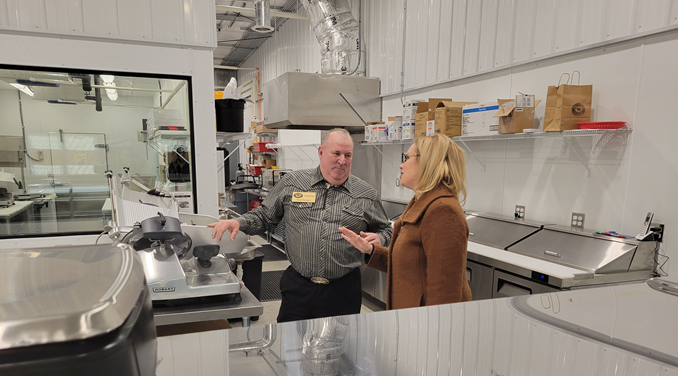 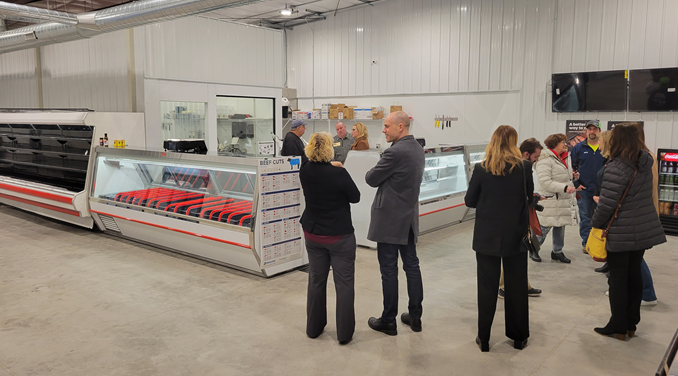