A pickup truck hauling a trailer struck a house in Arlington in a hit-and-run crash early Sunday.

The Fayette County Sheriff’s Office says deputies were called to the 700 block of East Street around 2:15 am where the accident happened.

The 17-year old driver was found at a home in Aurora – after further investigation, the driver was charged with Operating While Intoxicated First Offense, Failure to Maintain Control and Possession/Consumption of Alcohol Under the Legal Age Limit. The driver was cited into Juvenile Court and released to their parents.

The passenger, 19-year old Evan Elgin of Manchester, was charged with Possession/Consumption of Alcohol Under the Legal Age Limit.

The Sheriff’s Office says no one was injured.

The home sustained significant damages, with the total cost estimate to repair/replace pending. Damage to the truck and trailer were estimated at $10,000. 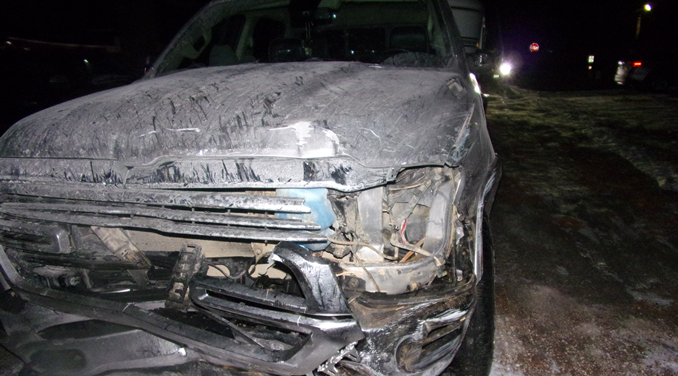