The Vinton area took the hardest hit here in eastern Iowa, with structure damage and gas leaks reported on the northwest side of Vinton. Emergency management says it may have been a tornado – the National Weather Service has not yet confirmed that. Winds were estimated at 60 to 70 miles per hour in the Vinton area.

The storm damaged a calf building on a farm south of Petersburg, tearing off half of its roof.

An observer east-northeast of Hazleton reported nearly an inch and a half of rainfall on Saturday. 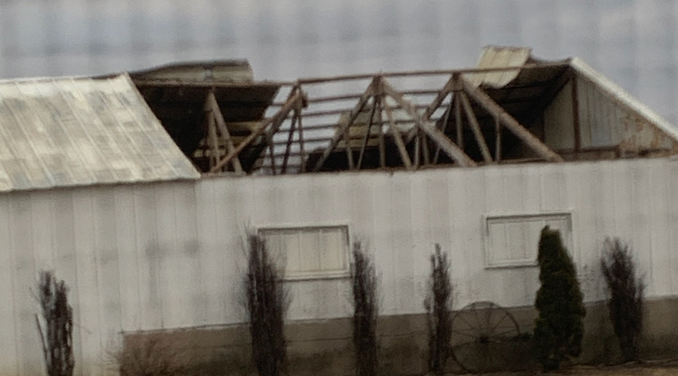