An early morning fire has caused extensive damage to Greenwood Grocery in Farley, as well as the apartments above the grocery store.

Firefighters were called to Greenwoods Grocery on 1st Street North at 5:56 am on Friday.

Farley Fire Chief Rod Kramer tells KMCH the fire started on the main floor of the grocery store around 5:45 am, but the cause has not yet been determined.

Fire departments from Epworth and Dyersville assisted the Farley Fire Department, along with the Dubuque County Sheriff’s Office and Farley Police Department.

No one was injured.

Chief Kramer says all five occupants in Greenwoods’ apartments were evacuated safely, along with one occupant of the apartment above Bill’s Tap next door.

Bill’s Tap and the apartment above the bar sustained slight to moderate smoke damage.

The fire is under investigation. 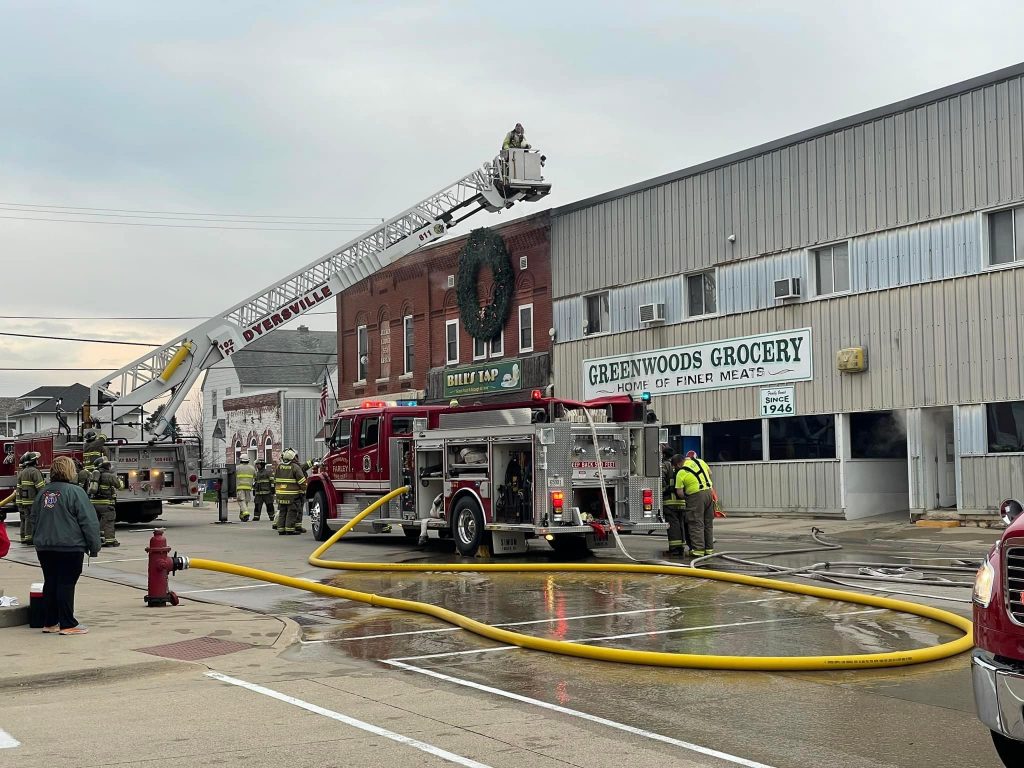 GUEST OF THE DAY: Friday, May 6th part 1