30% of Faraving Trouble Finding Essential Crop Inputs for This Year

Diesel prices are at record levels. The prices of dry fertilizer for corn are double what farmers paid last year. Planting progress sits at the slowest pace since 2013, with farm machinery parts on backorder or in short supply. The latest Ag Economy Barometer shows farmers’ concerns seem to be overshadowing current optimism about commodity prices hitting decade-highs.

Purdue University-CME Group’s April Ag Economy Barometer showed an uptick in producer sentiments, but the monthly reading was still 32% below the same time last year. Farmers are showing higher expectations for their farm’s financial performance, but farmers continue to voice concern about input prices not just this year, but also into 2023. 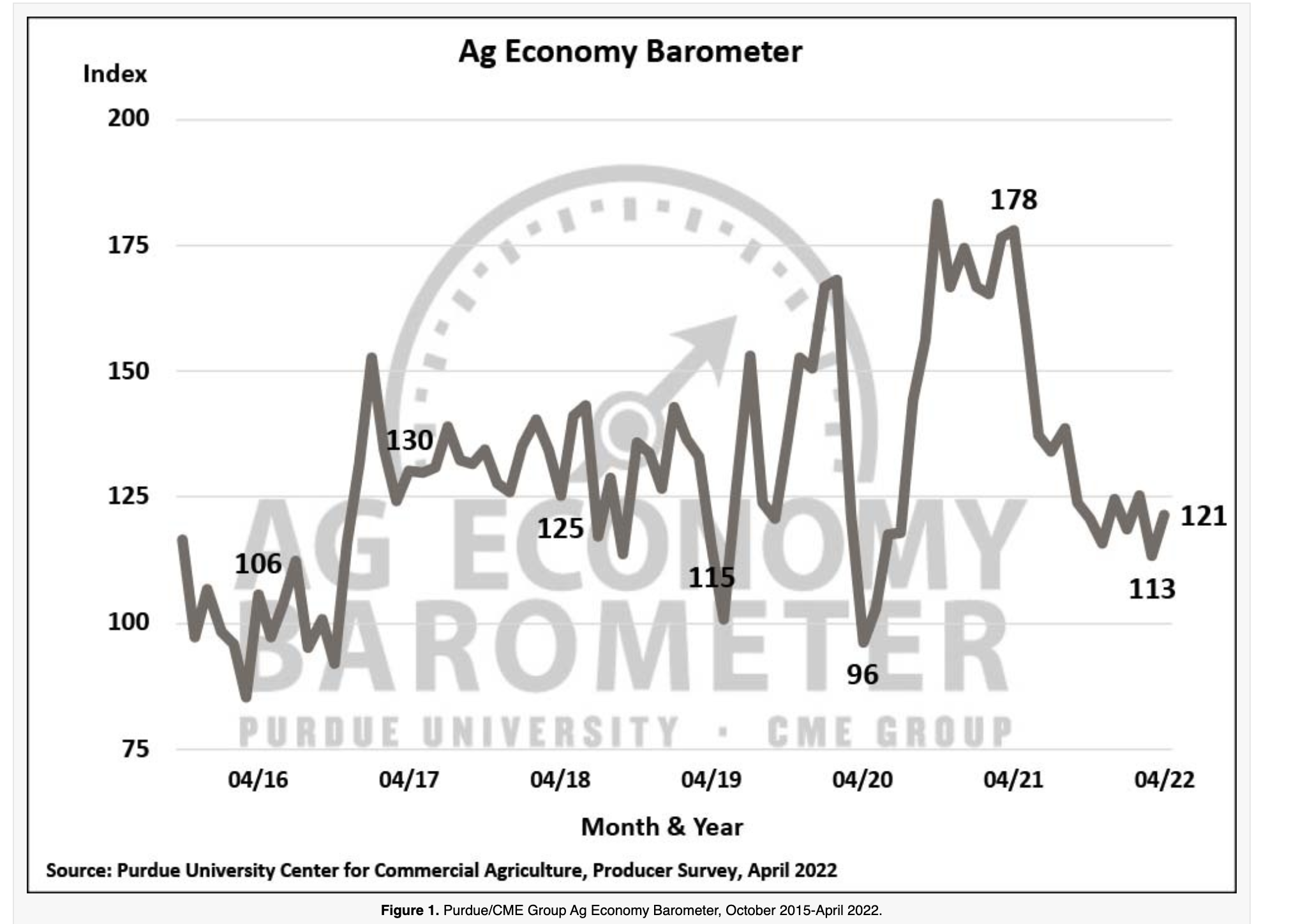 The latest Ag Economy Barometer posted a reading of 121, which is an 8-point improvement from March. The survey was conducted between April 18 and April 22, 2022.

“Producers are starting to feel somewhat better about their farms’ financial situation and 2022 compared to 2021,” says Jim Mintert, co-author of the barometer and also an agricultural economist with Purdue Center for Commercial Agriculture. “The farm capital investment index, however, did not improve. It stayed at 36. That’s the lowest reading we’ve ever had on the farm capital investment index.”

Climbing commodity prices are helping offset some of the increase in input costs for farmers, but some producers say they haven’t been able to buy some of the inputs they need, no matter the prices.

“Over 40% of the producers in this month’s survey continued to say the purchase plans are being impacted by low farm machinery inventory levels,” says Mintert. “Farmers continue to experience difficulty obtaining inputs to plant the 2022 crop. This month, 11% of the producers in the survey said that they had received notice from an input supplier that the supplier would be unable to deliver inputs they had already purchased for use in the 2022 crop season.”

The Ag Economy Barometer found that 42% of producers surveyed said higher input costs are their biggest concern. That trumps the No. 2 concern on the list, which was government policies at 21%.

The monthly barometer showed 34% of producers said they experienced some difficulty in purchasing inputs for the 2022 crop season, which was up from 27% in March. When the Ag Economy Barometer broke down which inputs are posing the biggest challenges this year, the survey found: