They boarded the plane in Cedar Rapids early this morning and flew to the nation’s capital for a one-day trip to visit the monuments built in their honor. There are nine Korean War veterans on today’s trip, along with 75 Vietnam War veterans and four veterans who served during both of those eras.

Their plane was greeted with a water salute when they landed at the airport. U.S. Senator Chuck Grassley greeted the group at the World War Two Memorial. They also enjoyed lunch and the Silent Drill Team at the Lincoln Memorial before making their way to the FDR Memorial.

Everyone is invited to welcome them back home tonight. Many flight veterans never received a “thank you” when they returned from their service – as a community, this is your chance to make up for that.

Their flight is scheduled to return to Cedar Rapids’ Eastern Iowa Airport around 8:45 pm. There will be a Welcome Home celebration featuring a military band, flag line, local police and fire departments, along with families, friends and supporters.

This was the 43rd Eastern Iowa Honor Flight. 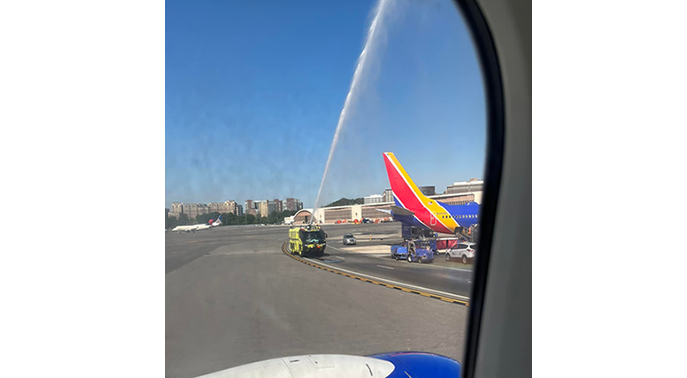 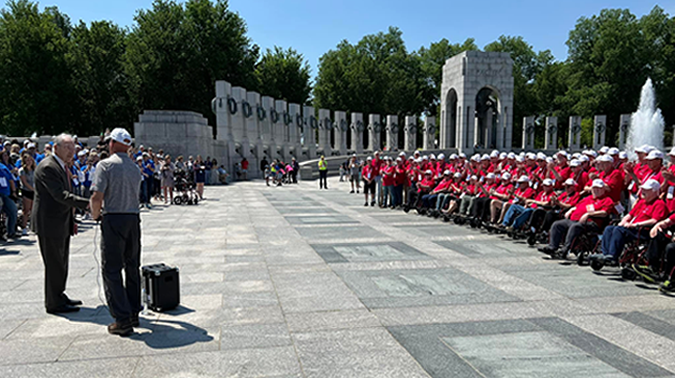 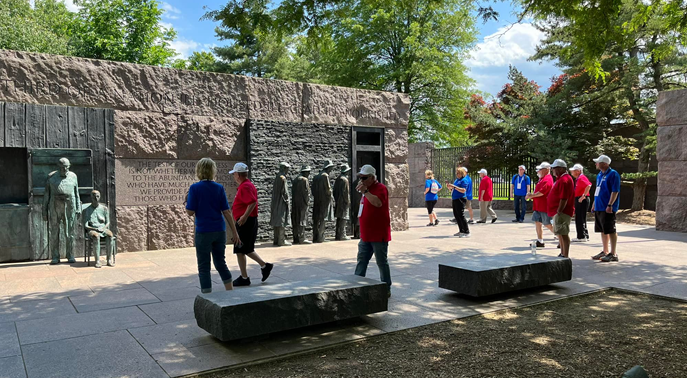