The Delaware County Fair is just a few weeks away – and as always, a parade will kick off the week on Monday night, July 11th.

Organizers say this year’s fair parade will start an hour earlier than usual at 6 pm, with line-up at 4:30 pm on Doctor Street. The parade will take its usual route through Manchester. The parade will proceed through the fairgrounds coming out the main gate before traveling south on New Street to Union. It will make the little jog onto North Brewer and continue south past Central Park. The parade will turn left on East Butler Street and following it past Baum Park, ending at Anderson Street.

This year’s fair parade theme will be “It’s a Blooming Good Time”. Just a few reminders – all traffic laws must be obeyed, alcohol in the parade is prohibited, no water games or toys will be allowed, all tractor riders need to be seated safely and all entries must be in good taste. And organizers ask that you please limit throwing candy during the parade – if possible, hand the candy to the kids at the curb.

And the Manchester Fire Department will once again be walking the parade route, asking you to fill their boots with donations for the MDA.

The Delaware County Fair Society, along with the Manchester Fire Department, invite everyone to participate in this year’s parade. 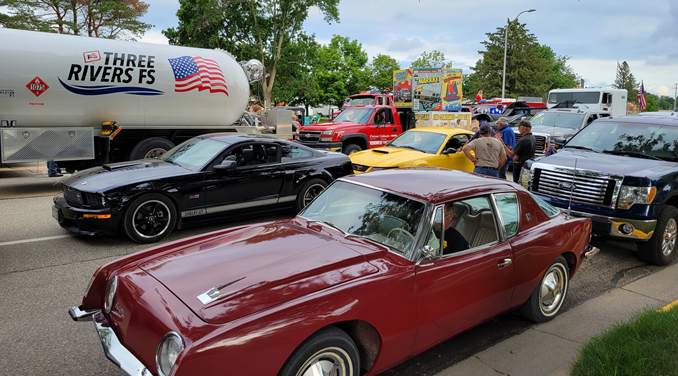 Sons of the American Legion Supper