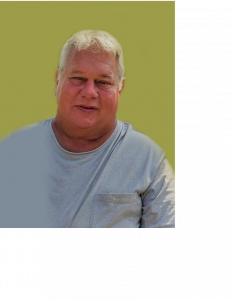 Troy Lynn Tutton, 55, of Manchester, Iowa, passed away on Thursday, June 30, 2022, at his home. He was born on October 26, 1966, in Manchester, the son of Timothy and Linda (Struck) Tutton. Troy was raised and educated in Manchester and was a 1985 graduate of West Delaware High School. Shortly after graduation, Troy enlisted in the United States Navy.

On October 16, 1992, Troy was united in marriage to Dawn Dinger. Two children were born to this union. The
couple later divorced. On April 24, 1999, Troy was united in marriage to Lisa Rossmiller. Troy served honorably in the Navy until his retirement on November 30, 2006. The family returned to Manchester. Troy worked for Eastern Iowa Pork in Earlville. He also worked as a maintenance worker for the West Delaware Schools in Manchester.

Troy was a member of the Manchester United Methodist Church. He enjoyed wood working, hunting. and fishing. Troy liked riding his Harley motorcycle. He enjoyed watching football and following his kids’ events. His family was important to him.

Troy was preceded in death by his mother, Linda Tutton; his sister, Taree Tutton; and a grandson, Noah Robinson.

Online condolences may be sent to www.leonard-mullerfh.com.