The National Weather Service has confirmed a tornado touched down near Winthrop on Tuesday night.

Their confirmation is based on video from a spotter with the Winthrop Fire Department, who had captured a brief tornado about a mile west of Winthrop. The tornado touched down around 9 pm over open farmland and stayed on the ground for just over half a mile, reaching a maximum width of about twenty yards. Spotters watched the tornado move east-southeast and lift back up before reaching Winthrop’s city limits.

There was no visible damage, so the National Weather Service did not assign the tornado an EF-scale rating.

A Tornado Warning was issued for Buchanan County on Tuesday night, with funnel clouds spotted over Littleton and Independence prior to the tornado touching down near Winthrop. 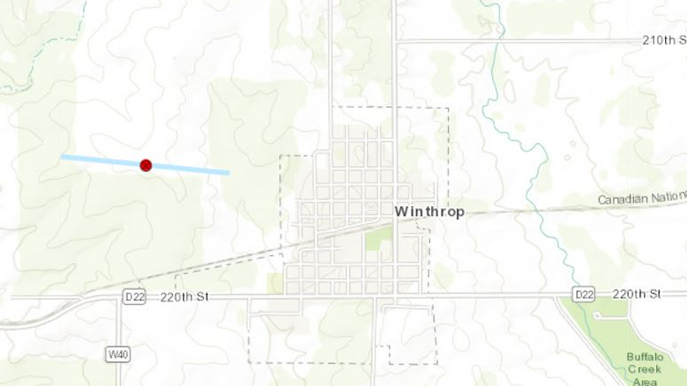