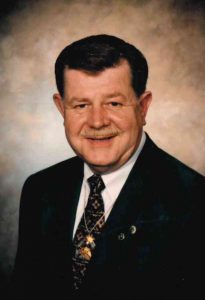 Timothy T Tutton, 77, of Manchester, Iowa, passed away on Monday, July 11, 2022, at the Good Neighbor Home
in Manchester. He was born on September 30, 1944, in Delaware County, the son of Arlo and Pauline (Aldrich)
Tutton. Tim was raised and educated in Manchester and graduated from Manchester High School in 1963. He then
attended Barber College in Cedar Rapids and began barbering the Fall of 1964 in Manchester.

On January 30, 1965, Tim was united in marriage to Linda Struck in Central City. Three children were born to this
union. Linda passed away in 1999. In 2000, Tim started a close relationship with Jean Puffett and cherished their
time together.

Tim became a Pythian in 1971 and was a very involved member. He also managed the Castle Theatre from 1959
until 1977. Tim was a lifelong member of United Methodist Church in Manchester and attended St. John Lutheran
Church in Dundee with Jean. He was also a lifelong historian of Delaware County. Tim loved to play cards and
would let you know he was the best cardplayer in Manchester. He most loved to spend time with his family and his
many friends.

Tim was preceded in death by his parents; his wife, Linda; his daughter, Taree Cose; his son, Troy Tutton; his great-
grandson, Noah Robinson; his brother, Terry Tutton, his sisters, Twyla Milroy and Delores”Dee” Boss; and his
brothers-in-law, Robert Milroy and Dick Hood.
Online condolences may be sent to www.leonard-mullerfh.com .