The first day of the Delaware County Fair is in the books.

The Monday of fair week is filled with lots of 4-H and FFA judging, with most members taking projects such as woodworking, food or science & technology.

Heidi DeGeer of Strawberry Point was a judge for this year’s photography projects.

The fair unofficially kicked off for the community on Monday night with the Delaware County Fair Parade that made its way through the fairgrounds and through Manchester’s city streets. Mike Zellner serves as the Sergeant in Arms for the Manchester American Legion Riders Post 45, a group that fundraises to help veterans in need and provide scholarships to local schools. They had several motorcycles sitting atop a float in Monday night’s parade.

Kurt Heims from Heims Awards & Custom Gifts had an entry in the parade too – featuring the trophies he created for Sunday’s Demo Derby.

There was a huge turnout for entries in Monday night’s Delaware County Fair Parade. The Manchester Fire Department helps coordinate the event each year – Fire Chief Mike Ryan says it’s looks like they may have set a record for their biggest fair parade yet.

Tuesday is Day Two of the Delaware County Fair, which is known for its free carnival rides. Fair Manager Jeannie Domeyer says they’re back this year – with a new carnival.

And Tuesday night in the grandstands, it’s the Harlem Wizards – free with your paid fair admission.

We’ll keep you up to date on what’s going on at the fair all this week – and you can always find out more online at delawarecofair.com. 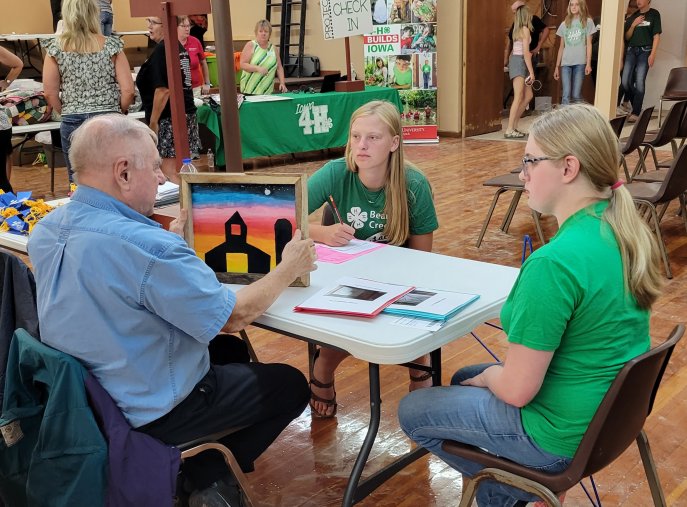 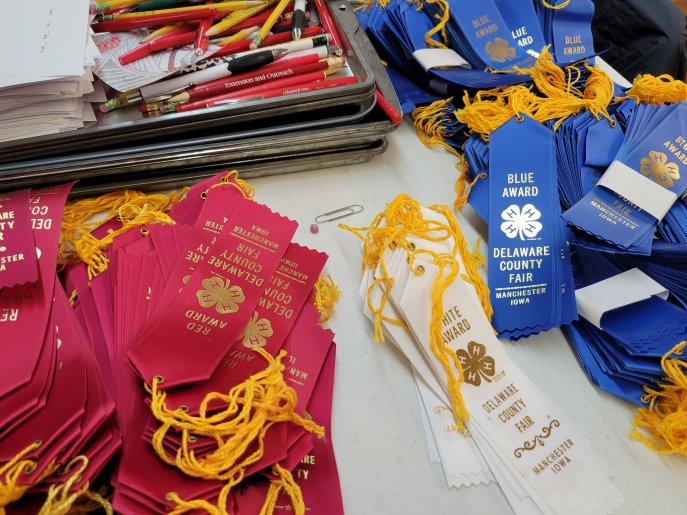 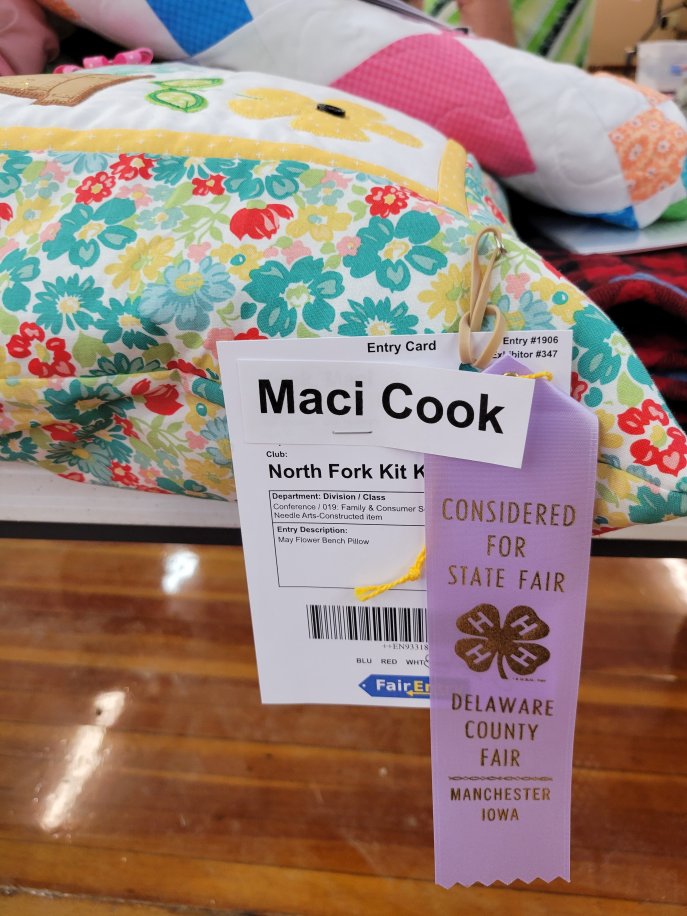 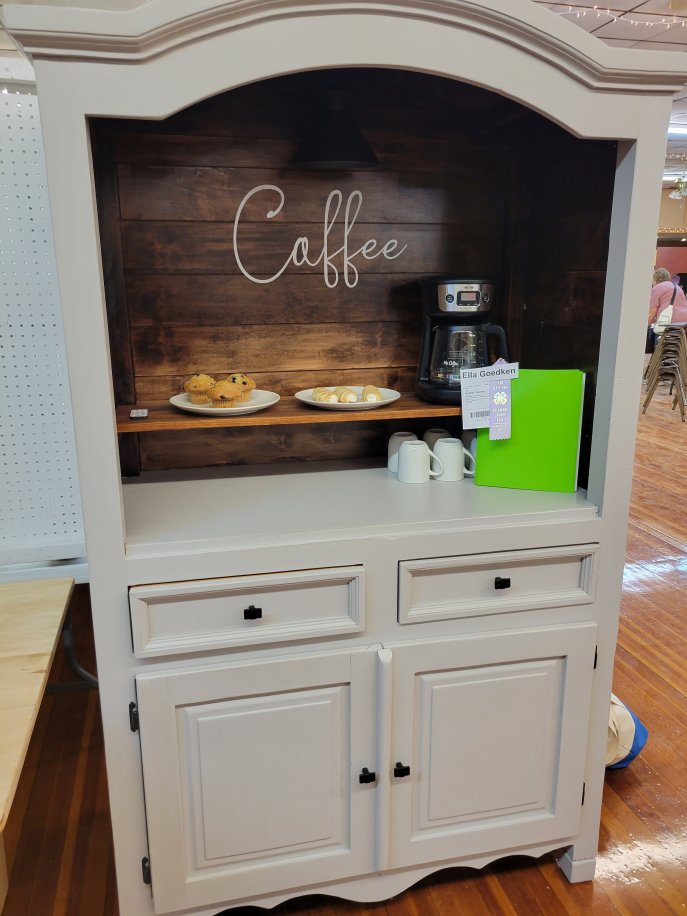 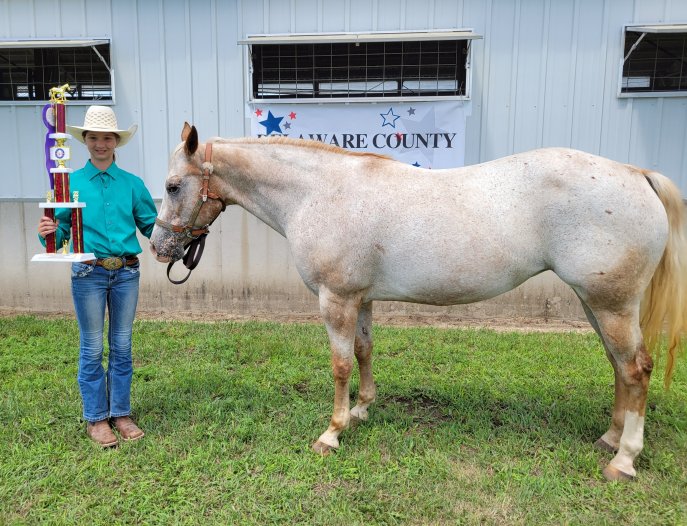 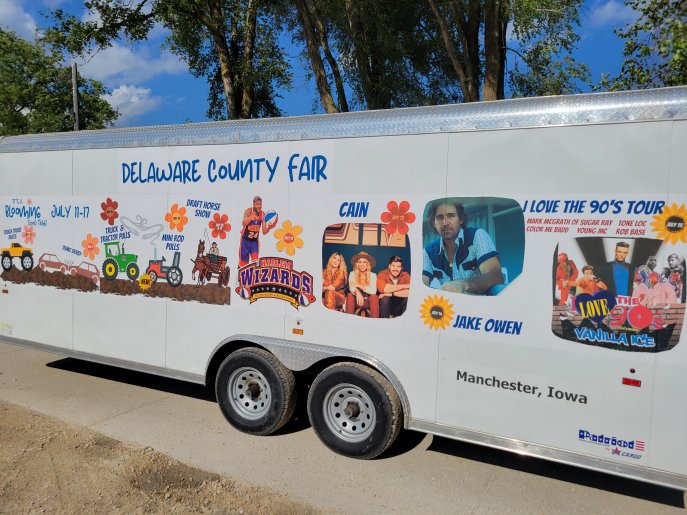 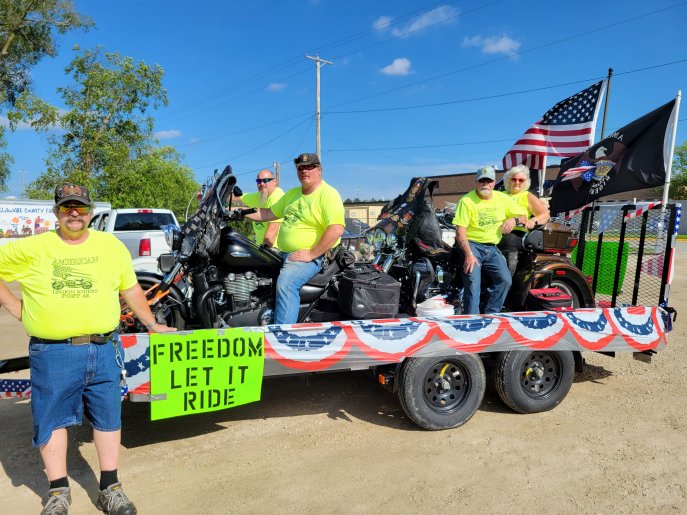 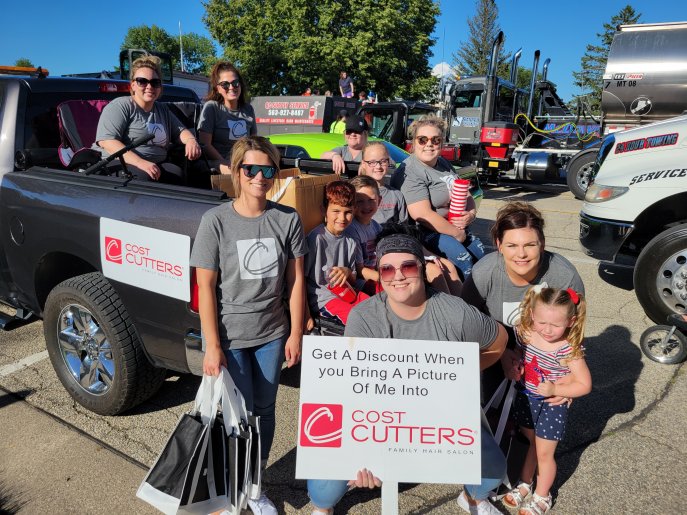 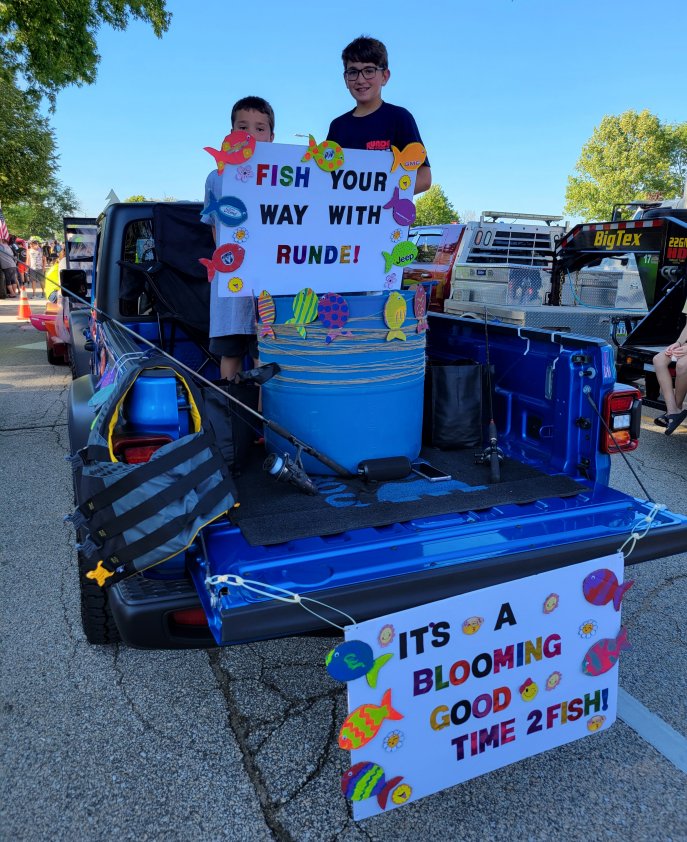