The Delaware County Fair wrapped up Day Two of fair week with a professional basketball game as the Harlem Wizards returned to Manchester to take on some local celebrities. Lloyd Clinton, known as “The Loonatik”, says he has a blast during their shows.

The fair’s free on-grounds entertainment opened Tuesday as well, with the Pirates of the Columbian Caribbean and the Big Bee Transformer. And carnival rides got underway on Tuesday afternoon and will run all week – free with your paid admission to the fair. 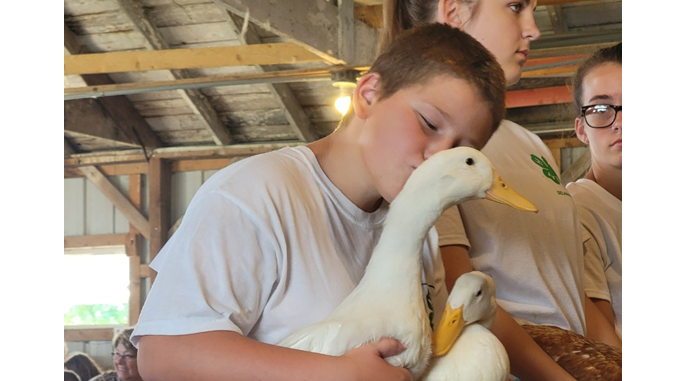 The day started with the 4-H and FFA Pet Show, Poultry Show and Rabbit Show, followed by the Goat and Sheep Shows. Kendra Lux, who will be a sophomore at West Delaware this fall, won a couple honors showing her rabbits.

Lux, who has been showing for several years, says there’s no way she could pick just one thing she loves most about the Delaware County Fair.

One of the many things Lux will be doing this week is spending a few hours working in the 4-H Food Stand – it’s something every 4-Her gets the chance to do. Committee member Shirley Helmrichs says the Food Stand is back with their usual menu this year.

And she says the 4-Hers have been doing a great job working their shifts. 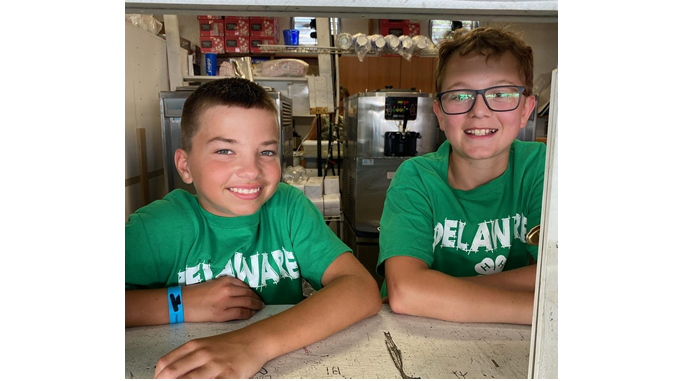 Helmrichs thinks the 4-H Food Stand may have started the week with their busiest Monday night ever – a good sign for the week to come.

Fair Board President Kurt Palmer says it takes a village to make the week happen.

And what’s his favorite part of the week?

And the Delaware County Fair Board is excited to host their Wednesday night entertainment this year – it’s been three years since they’ve had the opportunity due to COVID in 2020 and the tornado warnings in 2021. So Fair Manager Jeannie Domeyer says they’re looking forward to the Amateur Tough Truck Races making their return to the grandstands tonight.

And on the other side of the fairgrounds in the festival area will be the Christian concert featuring Cain.

The 4-H and FFA Dairy Goat and Dairy Show also takes place today in the show ring, with the Breeding Heifer Show tonight. Team Penning is also tonight in the Horse Arena, along with the Home-Brewed Beer, Wine and Spirits Contests – where you can sample and judge! You can find out more about this week’s Delaware County Fair online at delawarecofair.com. 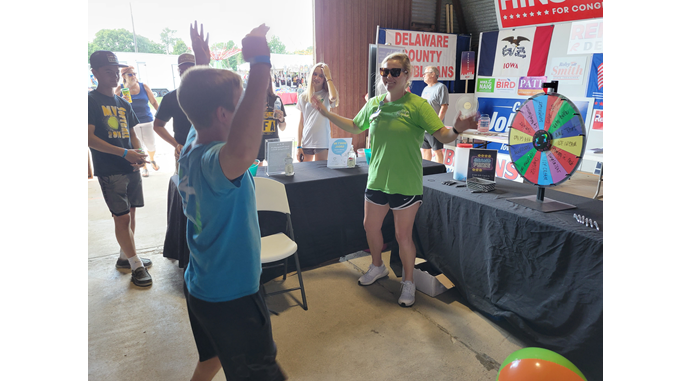