A family was rescued from a sandbar on the Wapsipinicon River north of Quasqueton on Sunday morning.

The Buchanan County Sheriff’s Office says around 7:45 am, they received a 911 call from a person who said he and his family had been camping on a sandbar on the river. Due to the heavy rainfall Saturday night into Sunday morning, their tents collapsed and some of their kayaks and tubes floated down river, stranding them on the sandbar.

Deputies and firefighters responded to the area. Firefighters utilized a rescue boat and were able to launch from the Iron Bridge Access in the 2700 block of Nolen Avenue and find the family up river.

Five people and three dogs were rescued. No injuries were reported. 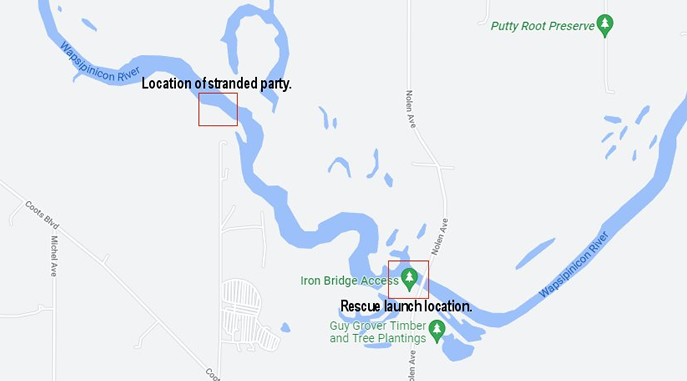