“Back the Blue” raised a generous amount of money for the new Delaware County Sheriff’s Office K-9 Unit.

The community event last week raised $12,000 for the cause. Delaware County Pay It Forward, who organized the fundraiser, surprised the Sheriff’s Office with the check on Monday night.

The $12,000 was four times the amount that was raised at the first “Back the Blue” event last year, with last year’s proceeds donated to Linn County Sheriff’s Deputy Will Halverson, who was shot during a robbery in Coggon.

The money was raised through several activities at “Back the Blue”, including the silent auction, the Dunk Tank and the Pie in the Face contest.

The new K-9 named Eclipse is expected to arrive at the Delaware County Sheriff’s Office later this month. 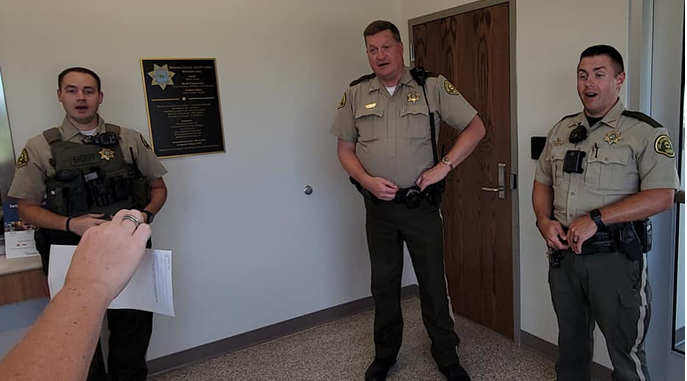